Please ensure Javascript is enabled for purposes of website accessibility
Log In Help Join The Motley Fool
Free Article Join Over 1 Million Premium Members And Get More In-Depth Stock Guidance and Research
By Keith Speights – Feb 9, 2020 at 9:03AM

Hint: It's a question of timing.

If you had bought shares of Gilead Sciences (GILD -1.46%) in early 2012 and held on, you'd have more than tripled your initial investment. But if you had bought the biotech stock in mid-2015 and still owned the shares, you'd be sitting on a loss of more than 40%.

With Gilead's share price hovering near its lowest point in the last seven years, some investors could be wondering if now is the time to jump aboard. If you're in that group, there's one big question you need to ask yourself first: How long are you prepared to hold onto Gilead Sciences stock? 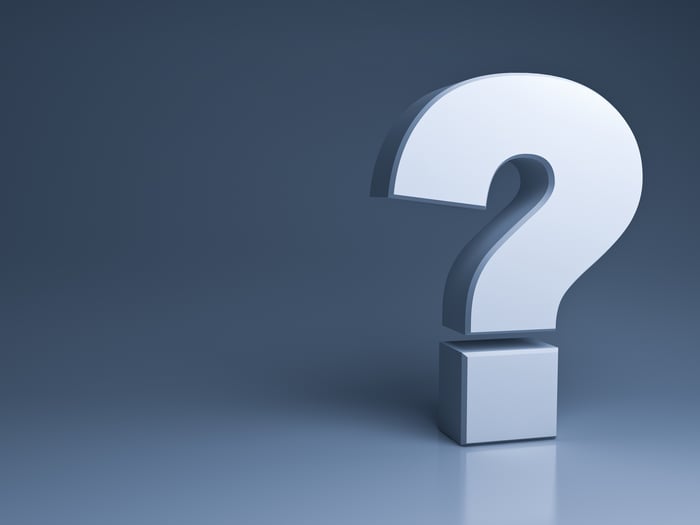 Gilead Sciences reported some revenue growth in its 2019 fourth-quarter results, but that growth wasn't anything to write home about. More importantly, the midpoint of the company's full-year 2020 product sales guidance reflected a slight decline from its full-year 2019 sales.

The picture for Gilead could be even worse in the first quarter of 2020 than in the rest of the year. Gilead CFO Andrew Dickinson said in the biotech's Q4 earnings conference call that Q1 sales will decline both on a year-over-year basis and on a quarter-over-quarter basis.

There are a couple of factors at work behind the near-term malaise. Gilead usually experiences negative seasonal inventory and buying patterns early in the year. The company will also feel the brunt in Q1 with year-over-year comparisons of sales for Ranexa and Letairis. Both cardiopulmonary drugs lost exclusivity in 2019.

Gilead's share price received a boost recently on the news that it's working with Chinese authorities to test antiviral drug remdesivir in treating the 2019-nCoV coronavirus strain that's causing worldwide concerns. However, Johanna Mercier, Gilead's Chief Commercial Officer, said that the coronavirus outbreak could cause some delays in progress with marketing hepatitis B drug Vemlidy and HIV drug Genvoya in China.

Another headwind on the way for Gilead is that a generic version of Truvada hits the U.S. market later in 2020. Generics have already taken a toll on European sales of the HIV drug.

The bottom line is that if you're looking to make a quick buck, Gilead Sciences probably isn't the stock for you. The chances appear to be high that there will be more bad news than good news for the biotech over the next several months.

But if you're a long-term investor with an investing horizon of at least five years, Gilead could be worth a serious look. The biotech's bad news should fade, while there are plenty of opportunities for good news on the way.

Let's start with Gilead's current challenges. Sure, the company will feel the pain from the losses of exclusivity for Ranexa and Letairis this year. However, year-over-year comparisons will improve significantly in 2021.

What about the negative impact of U.S. generic competition for Truvada? It might take a couple of years for Gilead to fully move past the blow. But Biktarvy is already cannibalizing sales of Gilead's other HIV drugs, and Descovy is picking up steam as a pre-exposure prophylactic for HIV.

More importantly, Gilead has new growth drivers potentially on the way. The company expects to win regulatory approvals for filgotinib in treating rheumatoid arthritis this year. Gilead believes that the drug will be the best-in-class JAK inhibitor and is ramping up for a major commercial launch in the U.S., Europe, and Japan.

Filgotinib should be the first of 10 transformative drugs that Gilead CEO Daniel O'Day is pushing the biotech to launch over the next 10 years. The company will potentially look to its partnership with Galapagos to fill in some of the other nine slots. Gilead is also counting on its long-acting HIV capsid inhibitor to be the foundation of its HIV franchise of the future.

Don't ignore Gilead's opportunities to make more deals. O'Day said that the company "will continue to make investments in our external pipeline including transformative partnerships such as Galapagos and small to medium size bolt-on acquisitions." With a cash stockpile of more than $25 billion, Gilead shouldn't have any problems funding its business development efforts.

A question not just for Gilead

My view is that whether Gilead Sciences is a good stock to buy depends entirely on your answer to the big question posed earlier. But the question of how long you're willing to hold onto shares isn't just one for Gilead. It's not limited to just biotech stocks, either. You should ask yourself this question before you buy any stock.

If you're a patient investor, you can make tremendous returns over the long run. I expect this will be true for investors who buy Gilead Sciences and hold on.