Shares of Phreesia (PHR 3.61%) gained 16.4% in January, according to data from S&P Global Market Intelligence . The healthcare software stock gained ground following an announcement that a health services network is integrating the company's service. 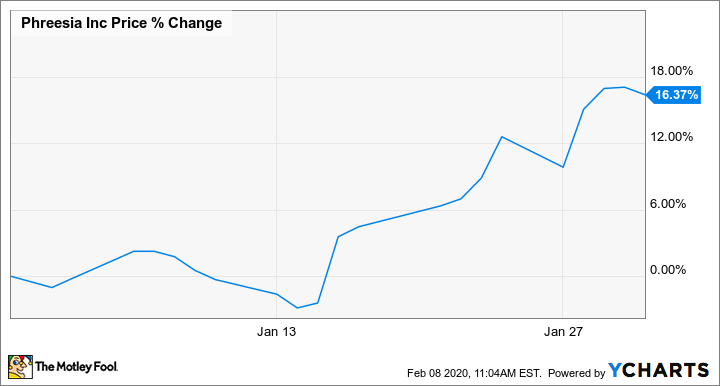 Phreesia stock benefited from Lee's Summit Physicians Group announcing on Jan. 16 that it had begun using the company's self check-in system and started offering its payment services. Phreesia stock is now up roughly 30% from its price at market close on the day of its initial public offering last July.

The company provides software-as-a-service (SaaS) applications for healthcare providers that help manage patient intake and payments. It generates roughly 80% of its sales from recurring revenue streams, and customers tend to stick with the company's services once integrating them.

Phreesia stock has continued to climb in February, with shares up roughly 5% in the month's trading so far. 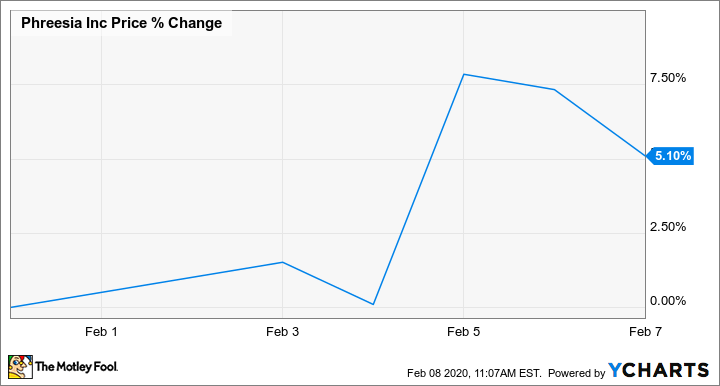 Phreesia has outlined expectations that payments processed through its platform will reach $1.4 billion in 2019, revenue will grow more than 25% to hit $100 million, and that the company has a total addressable market of roughly $7 billion.