The company's candidate troriluzole failed to meet its primary endpoint in a trial as a treatment for generalized anxiety disorder.

Biohaven's (BHVN -0.28%) drug candidate troriluzole failed to meet its primary endpoint in a phase 4 clinical trial, the company said in a press release Monday. Troriluzole was being evaluated for the treatment of generalized anxiety disorder (GAD), but the results showed that it was no more effective than a placebo.

As a result, Biohaven will discontinue the development of the drug as a monotherapy for GAD. It's not giving up hope entirely on Troriluzole though: It's currently in trials as a potential treatment for obsessive-compulsive disorder (OCD), Alzheimer's disease, and spinocerebellar ataxia (SCA), a degenerative disease of the brain and sometimes spinal cord that affects movement. 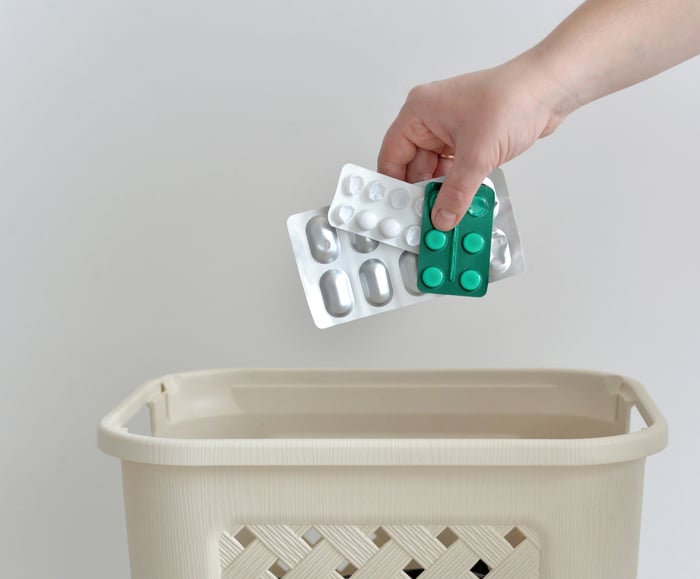 Troriluzole is a relatively versatile drug candidate since it modulates glutamate, the most abundant neurotransmitter. Neurotransmitters are chemicals that transmit signals throughout the body's nervous system.

"Since it is often difficult to predict clinical outcomes from preclinical and early clinical proof of concept studies, our strategy has been to test troriluzole in four distinct disorders where glutamate has been implicated in the underlying pathophysiology of the illnesses," Biohaven said in the press release.

The company has particularly high hopes for the Alzheimer's trial; in the latest phase, the drug was successful in a six-month study involving 100 subjects. Biohaven anticipates that this trial will be completed in the fourth quarter of 2020.

Additionally, it is expecting to obtain top-line data from the OCD trial in Q2. Such information should be available from the SCA trial at some point next year.

But the news about the GAD trial is hanging heavy over the shares of the biotech company. Biohaven's stock was down by more than 8% at the close of trading Monday.