Please ensure Javascript is enabled for purposes of website accessibility
Log In Help Join The Motley Fool
Free Article Join Over 1 Million Premium Members And Get More In-Depth Stock Guidance and Research
By Rich Duprey - Feb 10, 2020 at 9:37AM

The store-in-store boutique concept with regularly rotating themes never seemed to catch on.

Macy's (M 2.27%) is closing a chapter on Story, its curated store-in-store boutique concept. The department store operator has announced it's shutting down 16 of its 36 Story shops.

The retail giant acquired Story in 2018 and launched the boutiques in some of its department stores less than a year ago, describing it as "a retail concept that changes every few months to bring a new narrative experience to life through curated merchandise and event programming." The deal was really seen as an "acqui-hire" -- buying a business to obtain the creative force behind it. In this case, Story founder Rachel Shechtman was brought on board as Macy's brand experience officer, a job that gave her responsibility for improving the entire chain's in-store experience. 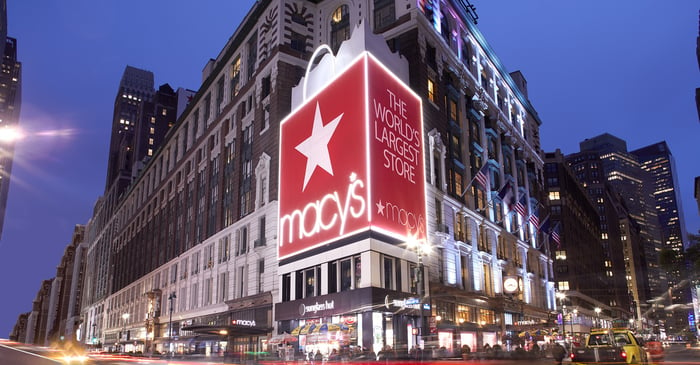 A story without a happy ending

Macy's, like many of its retail counterparts, has been struggling to retain its relevance as changes in consumer preferences have altered people's shopping habits.

In the statement announcing the boutique closures, Macy's maintained that its purpose in integrating Story into its department stores was to learn what customers were looking for in an in-store experience, and asserted that the concept "will remain an important part of Macy's gifting strategy."

But the retailer continues to flounder. It also announced it was closing an additional 125 Macy's stores and firing 2,000 employees, around 9% of its workforce, as part of a three-year plan it calls its Polaris Strategy, which is intended "to stabilize profitability and position the company for growth."