Please ensure Javascript is enabled for purposes of website accessibility
Log In Help Join The Motley Fool
Free Article Join Over 1 Million Premium Members And Get More In-Depth Stock Guidance and Research
By Daniel B. Kline – Feb 10, 2020 at 3:18PM

Maybe Americans don't care as much about awards shows as they once did.

The Academy Awards, or Oscars, used to be a television event like the Super Bowl. You watched for the pageantry even if you didn't care about the results.

That appears to no longer be the case. The Oscars may no longer be an awards show the Americans watch to see stars, what they're wearing, and what the host might say. In fact, this year's Academy Awards, shown on ABC, fell 3 million viewers below the previous low in audience for the telecast. 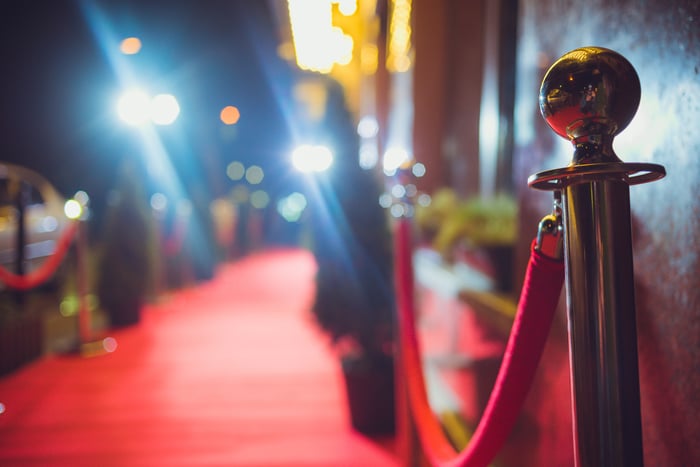 The Oscars mau have lost some of its luster. Image source: Getty Images.

How badly has Oscar fallen?

The 2019 Oscar telecast reversed four years of falling ratings. That may have been due to have box office hits including "Black Panther" and "A Star is Born" among the nominees. This year's show had more niche films nominated and the Best Picture winner "Parasite" is a film seen by relatively few people.

The over three-hour broadcast averaged 23.6 million viewers, far below last year's 29.56 million, according to data on The Hollywood Reporter. The previous low was 26.54 million in 2018.

Can the Oscars be fixed?

The movie industry has changed with some films, including Best Picture nominees "The Irishman" and "Marriage Story" being movies that were mostly Netflix releases. That brings prestige to the streaming service but it may make the Oscars seem less special.

This year's show also did not have host -- and the right host can be a draw. The reality, however, is that the sheer volume of content and the fact that the biggest financial hit films rarely get major nominations means that the Oscars may never recapture its past glory.