Please ensure Javascript is enabled for purposes of website accessibility
Log In Help Join The Motley Fool
Free Article Join Over 1 Million Premium Members And Get More In-Depth Stock Guidance and Research
By Anders Bylund - Updated Feb 10, 2020 at 8:22AM

The Korean comedy earned four major awards, including best picture and best directing. No other title took home more than one of the six most coveted golden statuettes.

The results are in for the Academy Awards of 2019, better known as the Oscars. The major awards fell rather evenly among a variety of titles in this sought-after movie awards gala, with one glaring exception. The independently distributed black comedy Parasite from South Korea walked off with four of the most coveted golden statuettes. Here's a quick look at the biggest winners.

Co-written and directed by Snowpiercer and Okja helmer Bong Joon-Ho, this black comedy took home the Oscars for best original screenplay, best directing, best international film, and best picture. The film was also produced by a team led by Joon-Ho and distributed by a patchwork of independent distribution companies. In North America, the theatrical release was managed by I, Tonya distributor Neon. Comcast (CMCSA 0.44%) subsidiary Universal Pictures Home Entertainment has released Parasite on DVD and Blu-ray disks, even though some theaters still carry the title. 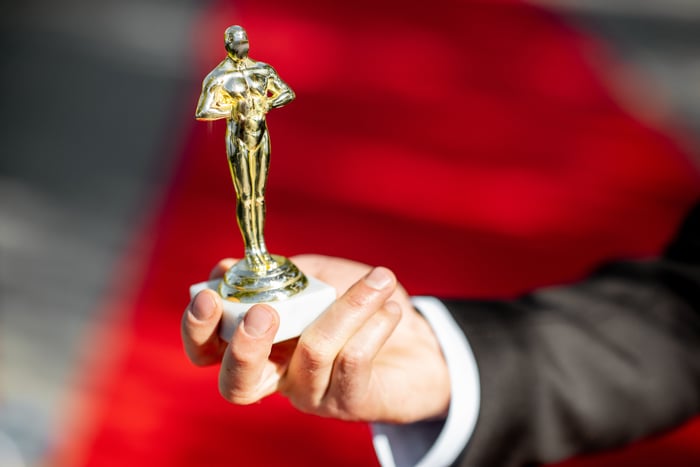 All of the remaining top-shelf awards found their way to different titles.