The e-commerce company soared in 2019, but can it keep up its stellar growth?

Shopify (SHOP -10.57%) continued its winning ways last year. Since its public debut in early 2015, the e-commerce service provider has gained more than 2,700%. A decent chunk of those gains have come over the past year, during which the stock gained 175%, but that could just be the beginning.

The company has a lot to prove when it releases its fourth-quarter results before the market open on Wednesday, Feb. 12. Let's take a look at three important areas investors will be watching in the report. 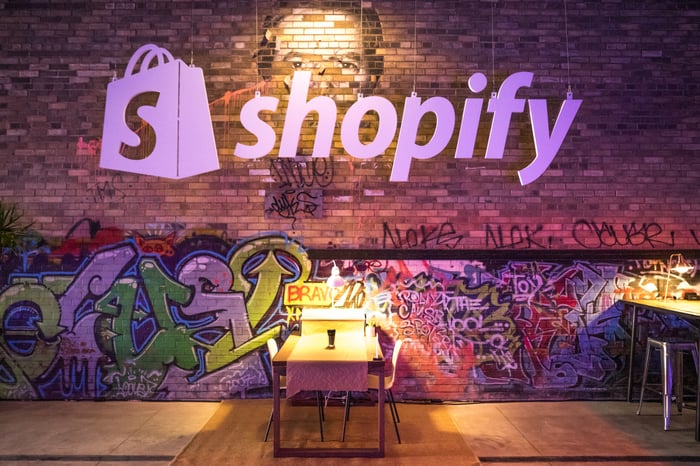 One of the major catalysts for Shopify's robust stock gains last year was the company's continued, strong top-line growth. This is a testament to the popularity of its platform, which surpassed one million merchants worldwide last quarter. Revenue was up 47% year over year for the first nine months of 2019 -- on top of 59% gains in 2018. It's inevitable that the frenetic pace of growth will inevitably slow, but the gradual deceleration has been impressive by any measure.

For the fourth quarter, Shopify is forecasting revenue in the range of $472 million to $482 million, which would represent year-over-year growth between 37% and 40%, though management has a history of issuing conservative guidance. Analysts' consensus estimates reflect this, calling for revenue of $482 million, at the high end of Shopify's range.

Shopify has consistently opted to forgo current profitability in order to grow its business and expand into new markets, and this quarter will likely be no different.

Over the past year, Shopify has tripled the number of languages available on its platform -- now at 20. The company has also been investing heavily to build out the fulfillment network it announced in mid-2019. In September, the company acquired 6 River Systems -- a leading provider of collaborative warehouse fulfillment solutions -- in a deal valued at $450 million. Shopify sees this as the next step in its evolution, helping its merchants achieve greater sales.

These advances come at a cost, and for the fourth quarter, Shopify is anticipating a GAAP operating loss of $52 million at the midpoint of its guidance. On an adjusted basis, the analysts' consensus estimate calls for earnings per share of $0.24.

In a world dominated by Amazon, Shopify's foray into fulfillment is a natural next step to help its merchants better compete in e-commerce. By helping sellers on its platform speed up their fulfillment processes, it gets products into the hands of consumers more quickly.

Shopify is taking a disciplined approach to the expansion of its fulfillment network, slowly adding merchants and warehouses. This move will also add to the company's top-line growth, and Shopify estimates that its acquisition of 6 River Systems will generate annual revenue of about $30 million in the coming year. Investors will be looking for updates on the progress of the company's fulfillment ambitions.

It's important to note that investors already have high expectations built into the stock price. Shopify currently sports a price-to-sales (P/S) ratio of 40, and an only slightly more reasonable forward valuation of 27. For perspective, the S&P 500 typically sports a P/S ratio between one and two, so the expectations for continued growth at the company are evident. That means even a small miss in this earnings report, even from short-term challenges, could send the stock plummeting.

That said, investors should fix their eyes firmly on the opportunity that lies ahead for Shopify in the massive e-commerce space and resist getting caught up in the market's short-term outlook.