Please ensure Javascript is enabled for purposes of website accessibility
Log In Help Join The Motley Fool
Free Article Join Over 1 Million Premium Members And Get More In-Depth Stock Guidance and Research
By Keith Noonan - Feb 10, 2020 at 8:21AM

Shares of NortonLifeLock (NLOK -1.52%) rose 11.4% in January, according to data from S&P Global Market Intelligence. The stock gained ground amid market momentum for the cybersecurity industry, and it got another boost thanks to news that the company would pay a large special dividend. 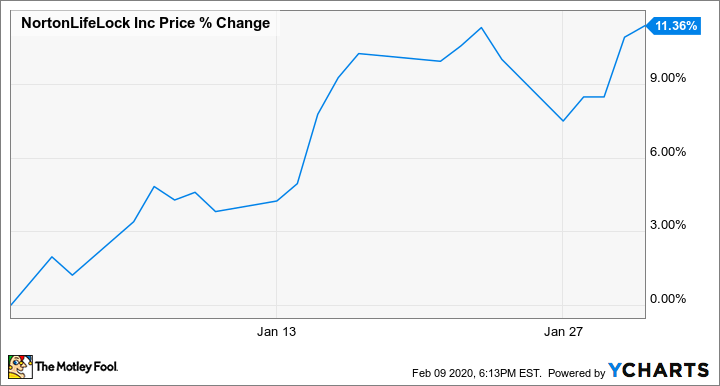 The U.S. drone strike that killed top Iranian general Qasem Soleimani early in January raised the specter of increased cyberwarfare threats and propelled gains for companies in the cybersecurity industry. In addition to the flaring military tensions and special-dividend news, NortonLifeLock's share price may also have gotten a boost from companies including Cisco and CrowdStrike publishing reports outlining ways that cybersecurity threats were becoming more advanced. 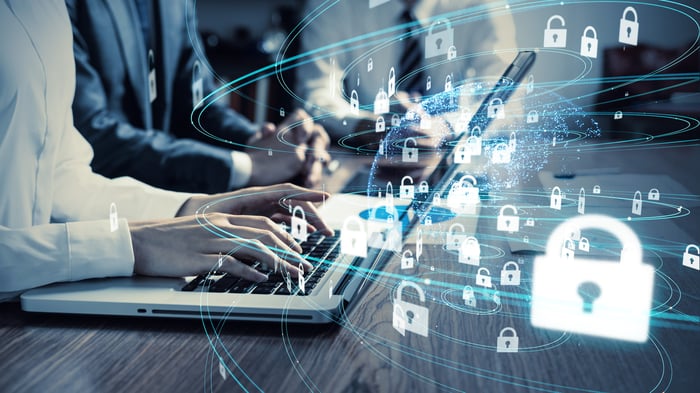 Rising tensions between the U.S. and Iran following the drone strike on Soleimani's caravan on Jan. 3 prompted concerns about heightened cyberwarfare threats, resulting in stock gains for companies in the cybersecurity space -- including NortonLifeLock.

The company then announced on Jan. 8 that it would pay a special dividend of $12 per share to shareholders of record as of Jan. 22, and that it would distribute the payment on Jan. 31. The special dividend came on the heels of NortonLifeLock selling off its enterprise-security business to Broadcom, and the announced distribution represented more than 100% of the total after-tax proceeds from the sale.

NortonLifeLock stock has dropped in February following the company's distribution of the special dividend on Jan. 31. With a substantial amount of cash being paid out to shareholders, the company's overall market capitalization saw a substantial reduction. Shares are down roughly 30.6% in the month's trading so far, but they moved higher following better-than-expected third-quarter results published on Feb. 6. 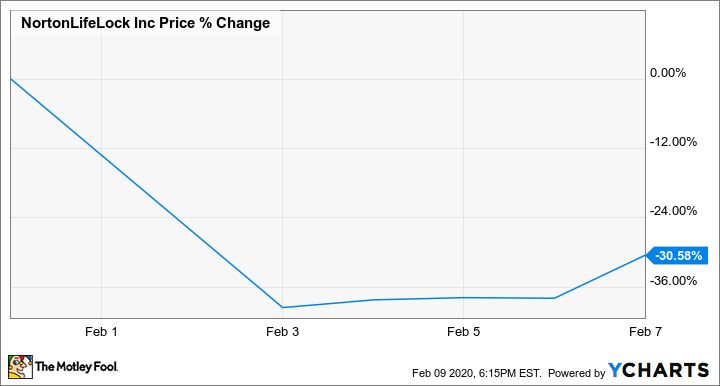 NortonLifeLock is guiding for adjusted earnings per share between $0.15 and $0.20 in the fourth quarter, and it expects revenue to be between $595 million and $605 million. The company is valued at roughly 24 times forward earnings and five times forward sales.