Please ensure Javascript is enabled for purposes of website accessibility
Log In Help Join The Motley Fool
Free Article Join Over 1 Million Premium Members And Get More In-Depth Stock Guidance and Research
By Anders Bylund - Feb 11, 2020 at 10:10AM

Warner Bros.' rebranding attempt is so crazy, it just might work.

After a disappointing premiere week, AT&T (T -0.14%) subsidiary Warner Bros. has decided to rename the DC Comics movie Birds of Prey. The new marquee name emphasizes the popular character Harley Quinn in an attempt to spark fresh interest in the R-rated adaptation of a comic-book story.

The film's original title was Birds of Prey (and the Fantabulous Emancipation of One Harley Quinn), but that's a bit of a mouthful and even the studio's own marketing materials often shortened the title to Birds of Prey. You'll find the mention of Harley Quinn, played by Margot Robbie, if you squint a bit. The new name is Harley Quinn: Birds Of Prey, placing an explicit focus on Quinn. 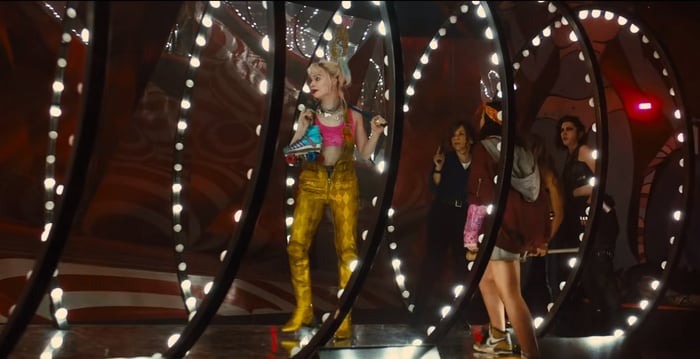 Birds of Prey grossed just $33 million in its first weekend on the domestic market, or $80 million worldwide. The film was expected to reach these levels on Friday alone, and Warner had been looking for a domestic box office take of $45 million at this point.

The movie is getting respectable reviews from critics and audiences alike, so it might make sense to reframe the promotional material with a tighter focus on Harley Quinn. She was the breakout star from Suicide Squad, after all, and that 2016 blockbuster grossed $325 million of domestic and $747 million of global sales. Making that connection more obvious just might spark new life into this fumbled marketing effort.