This new technology could have wide appeal in hospitals around the world.

Baxter (BAX -2.60%) announced on Wednesday that it had just received clearance from the U.S. Food and Drug Administration (FDA) for its new metabolic monitoring device. Developed in partnership with private medical technology company COSMED, this new device -- otherwise known as Q-NRG+ -- is expected to make it much easier for medical staff to measure a patient's caloric and nutritional needs accurately, rather than relying on rough estimates.

Available for sale a bit later this year, the Q-NRG+ is able to accurately measure the nutritional needs of a patient. Traditional methods involve using equations based on a patient's sex, height, and age to give a rough estimate of caloric and macronutrient needs. However, these equations are just a general guideline, and the specific nutritional needs for each patient tend to vary. 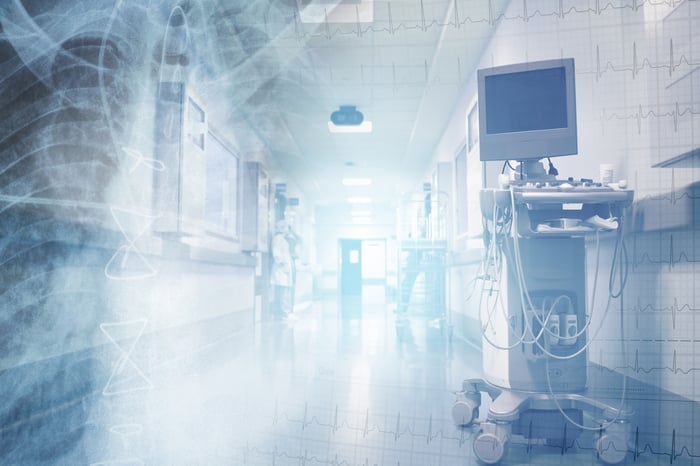 "With Q-NRG+, clinicians will have access to the latest technology to accurately measure energy requirements and won't have to rely on predictive equations or dated technology -- which can be cumbersome and time-consuming," said Heather Knight, general manager of U.S. Hospital Products for Baxter.

Baxter added that around 2 million hospital stays in the U.S. alone result in some form of malnutrition for patients, with close to a quarter of those patients getting readmitted to hospitals within 30 days of discharge.

The launch of Baxter's Q-NRG+ monitoring device is expected at the ASPEN 2020 Nutrition Science and Practice Conference that's taking place late next month. Shares of the healthcare giant didn't move much in response to the news.