Please ensure Javascript is enabled for purposes of website accessibility
Log In Help Join The Motley Fool
Free Article Join Over 1 Million Premium Members And Get More In-Depth Stock Guidance and Research
By Daniel B. Kline - Feb 12, 2020 at 9:41AM

The Impossible Whopper has been a big success for the Restaurant Brands International chain.

Restaurant Brands International's (QSR 0.08%) Burger King has been a pioneer among fast-food chains when it comes to offering plant-based meat alternatives. In August, it began offering the Impossible Whopper, a non-meat version of its signature sandwich, at all of its U.S. locations

That was a bold play by the company to expand its audience and, so far, it's working. CEO Jose Cil cited the meat-free sandwich in his remarks during the chain's fourth-quarter earnings call.

"In the U.S., we continued to see healthy momentum in our core offerings and strong performance from the Impossible Whopper during 2019," he said. "Our comparable sales increased 1.7% for the full year and we saw solid growth across our menu." 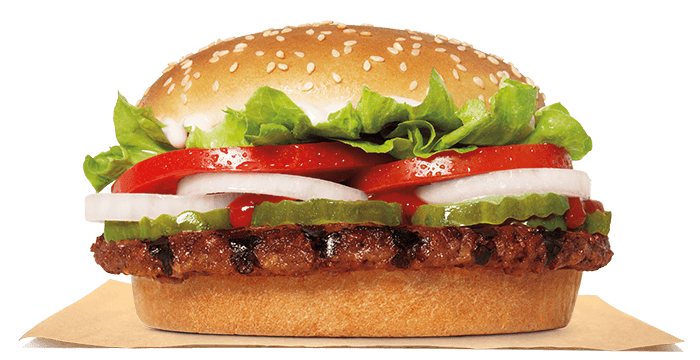 Doubling down on the Impossible Whopper

While vegetarian options have been tried (and frequently abandoned) in the past by various fast-food chains, Burger King management seems to believe that the Impossible Whopper has long-term potential. Cil specifically named plant-based foods as a potential sales driver going forward.

"As I mentioned, the Impossible Whopper was a big highlight of 2019 and continued to be an important sales driver in Q4, generating healthy levels of incrementality at a premium price point," he said. "Given the sustained performance of the Impossible Whopper, we're confident that plant-based food represents a new platform for the brand and one that we can build into new occasions, dayparts, products, and proteins."

Plant-based meat substitutes have gained a greater foothold in the American market, moving from gimmicks to menu staples. That's largely because the newer products being sold are such great improvements from the previous generation of "veggie burgers." But within its segment of the restaurant industry, Burger King is ahead of the curve on the faux meat front, and if it continues to expand its plant-based offerings, it should continue to bring in new customers.