A decision on Roxadustat should arrive by Dec. 20.

Biotech company FibroGen (FGEN -2.50%) announced Tuesday that its New Drug Application for drug candidate roxadustat, which treats anemia stemming from chronic kidney disease, has been accepted by the Food and Drug Administration.

The regulator has fixed a Prescription Drug User Fee Act (PDUFA) date of Dec. 20 of this year, effectively setting that as the deadline by which it must complete its review. 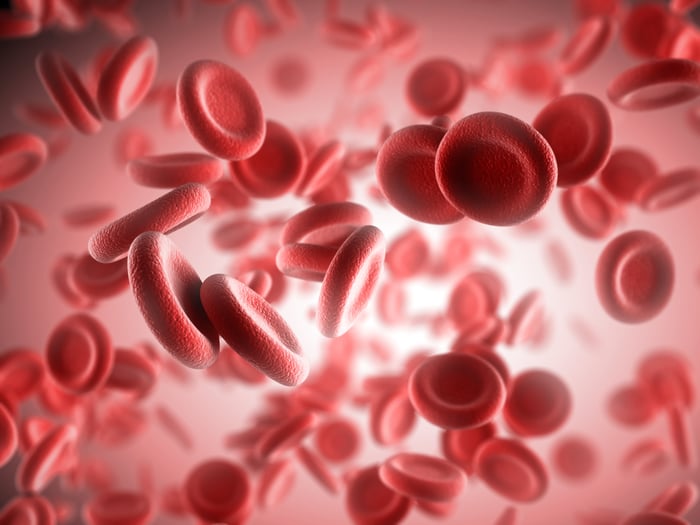 FibroGen partnered with pharmaceutical giant AstraZeneca (AZN 1.65%) on the drug, an oral treatment that stimulates the production of red blood cells in both dialysis-dependent and non-dialysis-dependent patients. Per the companies' agreement, the FDA's acceptance of the application triggers a $50 million milestone payment from AstraZeneca to FibroGen.

"There is significant unmet medical need for patients with anemia of CKD, who have seen only limited advances in the last three decades," FibroGen said in its press release heralding the news.

CKD, described by the National Kidney Foundation as "the under-recognized public health crisis," affects vast numbers of Americans -- it is estimated that roughly 14% of the U.S. population has the condition. And anemia -- a deficiency of red blood cells -- occurs in nearly one out of four CKD sufferers.

Roxadustat has already been approved in China, and in Japan for patients undergoing dialysis only. FibroGen said its partner Astellas (ALPMY -2.42%) aims to file a marketing authorization application in the first half of this year with the European Union's pharmaceutical review agency.

FibroGen stock closed Wednesday up by about 1.6%. AstraZeneca essential traded sideways, up 0.4%.