The market is clearly worried that elevated levels of capital spending are here to stay.

While most of the media attention on UPS (UPS 1.88%) and FedEx (FDX 5.62%) has been centered on the ongoing fascination with potential competition coming from Amazon's plans to expand delivery services, there is another, somewhat connected, issue at stake in the bull and bear debate. Simply put, the question is whether servicing burgeoning e-commerce growth means giving up margins and free cash flow (FCF) generation or not. Let's take a closer look at what's going on between these two delivery titans. 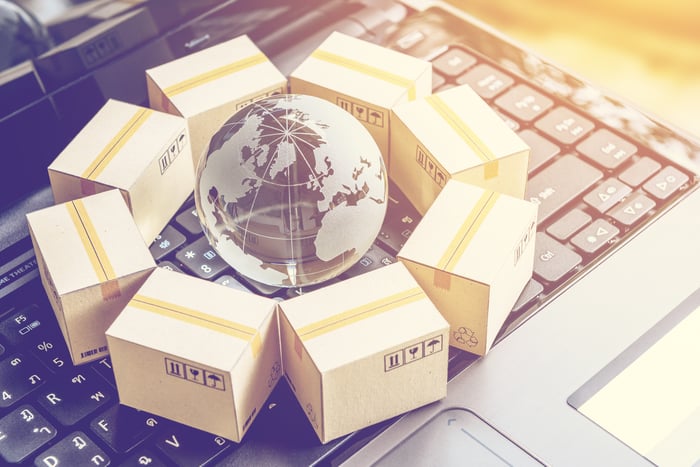 The investment case for UPS and FedEx

The two package delivery giants have long been seen as ways to play growth in e-commerce. It's a compelling argument, and there's no doubt that UPS and FedEx have both seen volume growth as a consequence. However, there are some sticking points here.

All of these issues put pressure on UPS and FedEx to increase spending. The rising capex spending can be seen in the chart below, as both are now seeing elevated levels of investment in their networks. Both companies' outlook for 2020 calls for increased spending with UPS planning capex of $6.7 billion (around 8.6% of estimated revenue) and FedEx planning $5.9 billion (around 8.5% of estimated revenue). 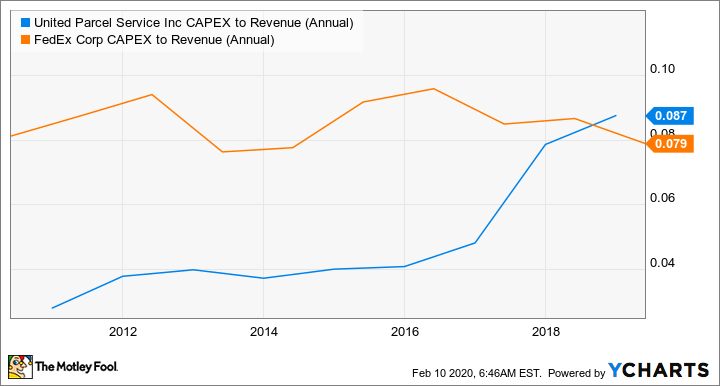 What's the problem with more spending?

Of course, increasing capex isn't a problem in itself -- not least because both companies are doing it in order to improve service levels and build out capacity for e-commerce growth. For example, UPS is pulling forward investments to speed up its network for small and medium-sized businesses (SMB) and expanding weekend services such as Sunday deliveries. Meanwhile, FedEx is "aggressively expanding North American package services for the rapidly growing e-commerce market to include year-round 7-day delivery" according to CEO Fred Smith on FedEx's last earnings call.

In this context, the market may well have welcomed the extra spending announced by UPS in its recent fourth-quarter results. It's certainly true that near-term profits/cash flow are being hit -- UPS gave full-year 2020 guidance for EPS of $7.76-$8.06 with a $0.33 headwind from the SMB initiatives discussed above -- but they are being made in order to support growth in the future.

Why the market has sold both stocks off

However, the reality is that the market sold off the stock aggressively. 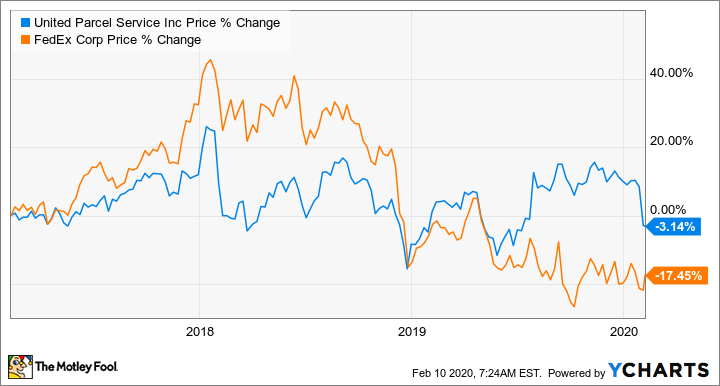 The bull and bear debate over both stocks has focused on the question of whether investors should price in elevated levels of spending and lower assumptions for profit margin over the long-term or not. There are roughly three positions on this matter.

The glass half-empty approach says "yes" and believes there's simply a need for a step-change in spending needed to compete and service e-commerce growth. A glass half-full approach might ignore the noise around the increased investment and point out that investors put money in companies precisely because they can generate a better return on it than we can.

The third approach takes a pragmatic viewpoint, arguing that it makes sense to wait and see until both companies can be seen to be on track to stepping down elevated levels of capex and also expand margin again. It's not so much a question of only buying when UPS and FedEx hit the promised land of increased FCF generation and accelerated profit growth, but rather buying in when investors can clearly see the signposts ahead. 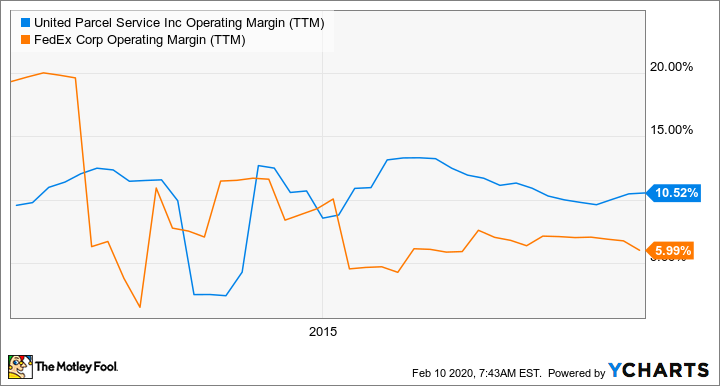 Unfortunately, followers (including the author) taking the so-called third approach would have been disappointed by recent events at UPS. Back on the third-quarter earnings call, UPS management dialed back expectations for capex in full-year 2019 and grew operating margin in all three segments -- something that would be repeated in the fourth quarter too. 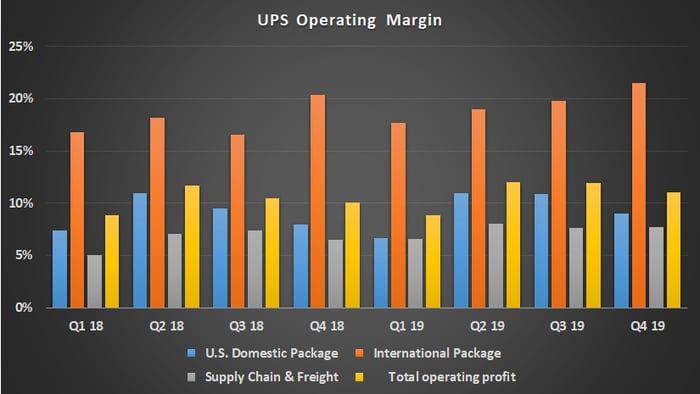 Fast forward to the fourth-quarter earnings report, and the market didn't react well to the increase in capex from $6.5 billion in 2019 to $6.7 billion in 2020.

The situation at FedEx is a bit more complicated given the ongoing integration of the TNT Express acquisition, and question marks around the loss of revenue from the decision to end a shipping contract with Amazon.

Focusing on UPS, increase in spending and near-term earnings headwinds created by it are obviously a disappointment for those hoping to see UPS on a definite path to FCF and profit margin perspective.

However, on a risk/reward basis the stock is probably still worth buying. Management expects $4.3 billion to $4.7 billion in FCF for 2020, putting it on a forward price to FCF multiple of slightly less than 20 times. That's not bad for a company with a normal level of capex. If the bulls are right and it turns out to be an elevated level of spending, then UPS is a very good value. Time will tell.