Please ensure Javascript is enabled for purposes of website accessibility
Log In Help Join The Motley Fool
Free Article Join Over 1 Million Premium Members And Get More In-Depth Stock Guidance and Research
By Rick Munarriz - Feb 12, 2020 at 9:35AM

The satellite radio giant is investing $75 million for a minority stake in the world's leading open audio platform.

The push to matter in streaming didn't end with Sirius XM Holdings (SIRI 0.74%) acquiring Pandora last year. The satellite radio giant is turning heads this week after announcing a $75 million investment for a minority stake in SoundCloud. Sirius XM will also be gaining a pair of seats in the SoundCloud boardroom.

If you know any aspiring singers or musicians there's a good chance you're familiar with SoundCloud. It's the world's largest open audio platform, even though you may not realize that when your friends keep pushing SoundCloud links your way to check out their tunes. It may seem odd to buy into the hub where garage bands and basement DJs try to get discovered, especially just 12 months after closing on its $3.5 billion deal for Pandora. The reason lies in the volume knob, because sometimes you just have to pump up the volume. 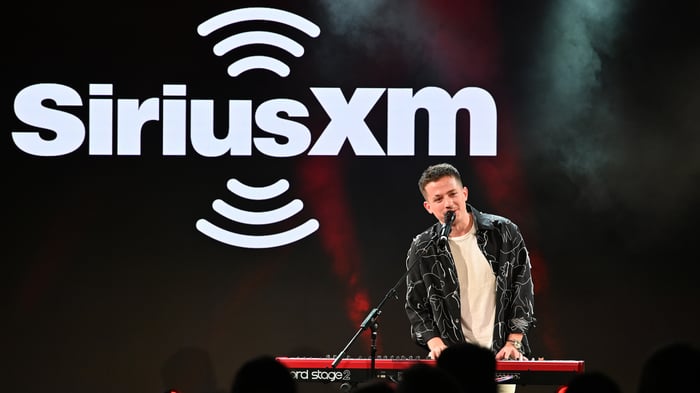 SoundCloud's reach is wide, but it's still a relatively small company. It's on an annual revenue run rate of $200 million, a sliver of the $8.1 billion top-line results that Sirius XM is targeting for 2020.

There's also no reason to think that this will be the end of the checks that Sirius XM cuts to SoundCloud. We don't know how large a stake Sirius XM is getting for its $75 million, but it also started with a minority position in Pandora before deciding to buy it whole.

Sirius XM wins in a few ways here. It already knows what it's getting as an ad-serving partner. SoundCloud is already in an advertising relationship with Sirius XM's Pandora, one in which marketers can purchase SoundCloud's stateside ad inventory through Pandora's platform.

Reach matters to advertisers, and it's not just that SoundCloud and Pandora reach a combined U.S. audience of more than 100 million unique listeners. A lot of the people leaning on SoundCloud to hear new music or be heard aren't tuning into terrestrial radio or even Pandora's curated list of hitmakers. SoundCloud's crowd is a target audience that isn't taking in a lot of conventional marketing missives.

Sirius XM can also help increase SoundCloud's presence. How far away are we from a Sirius XM radio channel devoted entirely to unsigned acts trending on SoundCloud? Given the popularity of The Voice and American Idol, who wouldn't love the feel-good stories that can rise up on Sirius XM's inevitable Undiscovered or Unsigned music channels, presented by SoundCloud?

Sirius XM is huge -- now reaching a whopping 34.9 million total subscribers -- but growth is slowing. The media giant is targeting just a 4% increase in revenue for all of 2020, and the organic figure is closer to 3% once you back out Pandora's contribution to the revenue mix in January (since that deal didn't close until the end of that month last year). It's expecting its weakest year of growth in self-pay subscribers in more than a decade. The days of Sirius XM as a monster growth stock are pretty much over. Pandora was a good first step in diversifying its business away from satellite radio. SoundCloud could, and should, be the next step.