One sputtered despite delivering revenue and earnings beats, while the other's beer wasn't sufficiently frothy for investors.

Two companies missed out on Wednesday's bull market, on the back of the publication of their latest quarterly financials. Investors punished both for not delivering results that were satisfying enough.

Interestingly, both of those companies actually beat analyst estimates for both revenue and profitability. Yet one suffered in comparison with its bitter rival, while the other's core product isn't in fashion just now. Read on for more details. 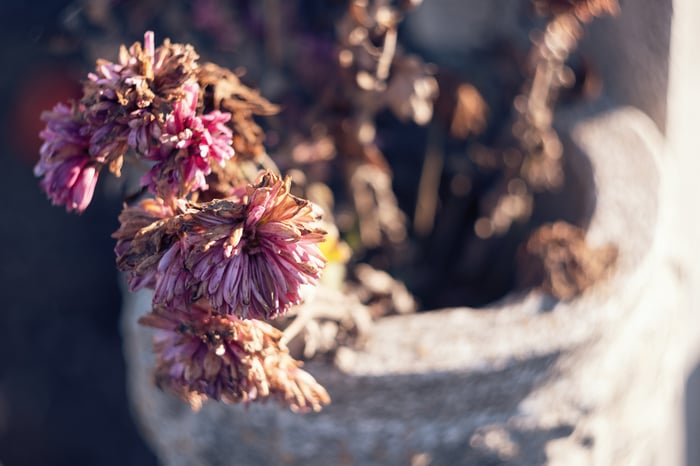 The suffering party was ridesharing incumbent Lyft (LYFT -8.69%). Tuesday after market close the company released Q4 and full-year fiscal 2019 results, which gave its stock a hangover on Wednesday -- its price fell by 10% on the day.

The company's quarterly figures were actually quite good, all things considered. It did a good job growing its revenue, which rose by 52% on a year-over-year basis to land at slightly over $1 billion. That was on the back of a 23% rise in active riders. Lyft also managed to trim its non-GAAP (adjusted) net loss; it was $121 million for the period, against a much deeper year-ago shortfall of almost $239 million.

On average, analysts had been estimating $986 million on the top line and a net loss of almost $162 million.

Lyft is managing to both increase its ridership at healthy rates and squeeze more money out of it. At the same time, it's improving its margins by reducing promos and discounts, and cutting costs in areas like marketing -- at this point, most ridesharing consumers are probably familiar with the company, after all.

So with these positive developments, why the nasty hit to the share price? It's hard to tease out any one culprit, although I'd imagine most investors are concerned about that bottom-line loss. Yes, it's narrower than in previous quarters, but $121 million is still an awful lot of red ink.

Another factor might be archrival Uber Technologies (UBER -5.58%), which in its own set of Q4 results said it expects its EBITDA to turn positive at the end of this year. In sharp contrast to Uber, Lyft is guiding for a $450 million to $490 million deficit in that line item for fiscal 2020.

I am not a fan of either Uber or Lyft, largely because of those deep and cutting net losses. Both companies are limited in their scope to raise prices or to expand their business into other areas (Uber's JUMP scooter service, for example, doesn't strike me as being a potentially high-value venture). And both are still extremely expensive on current valuations. I wouldn't be a buyer of either, even after Lyft's 10% descent today.

Another company ended up in the investor doghouse Wednesday, despite headline figure beats. This was big brewer Molson Coors Brewing (TAP -1.49%), the shares of which declined by over 4%.

For its Q4 of fiscal 2019, Molson Coors booked net sales of $2.49 billion. Although this represented relatively modest growth of 2.8%, it was framed against a 1% slide in global volume. Adjusted net income more than doubled to $164 million, or $1.02 per share. Collectively, prognosticators were estimating $2.48 billion on the top line and an adjusted per-share net profit of $0.78.

Like other beer barons, Molson Coors is trying to diversify its product selection to appeal to drinkers of other types of libations. It's not doing too badly in this respect, as indicated by the rise in net sales. Cost-cutting, meanwhile, is a big help in lifting profitability.

But it's tough to be a maker of a good that isn't the flavor of the moment. Young drinkers, a key demographic, tend to opt for alcoholic options like hard seltzer rather than beer these days. Meanwhile, every brewery and his cousin makes a line or several of the craft beers that came into fashion a few years ago and now seem to be fading somewhat.

I think Molson Coors is to be admired for improving its results in an atmosphere like this. Meanwhile, its quite a decent dividend stock with a payout that's yielding nicely just now (at a 4.1% clip). To me, this is a bit of an underdog stock, and while the brewery sector doesn't excite me as having enormous potential, I feel this particular company might just be worthy of investor consideration.