Please ensure Javascript is enabled for purposes of website accessibility
Log In Help Join The Motley Fool
Free Article Join Over 1 Million Premium Members And Get More In-Depth Stock Guidance and Research
By Daniel B. Kline – Feb 13, 2020 at 11:22AM

The company has shifted its business model successfully.

It's so far, so good for the CVS Health (CVS -1.48%) acquisition of Aetna. That move was part of a broader effort by the company to put its focus squarely on health.

"As we work to transform the way healthcare is delivered to millions of Americans, we are driving continued business performance and generating positive momentum across the enterprise," said CEO Larry Merlo in a press release. 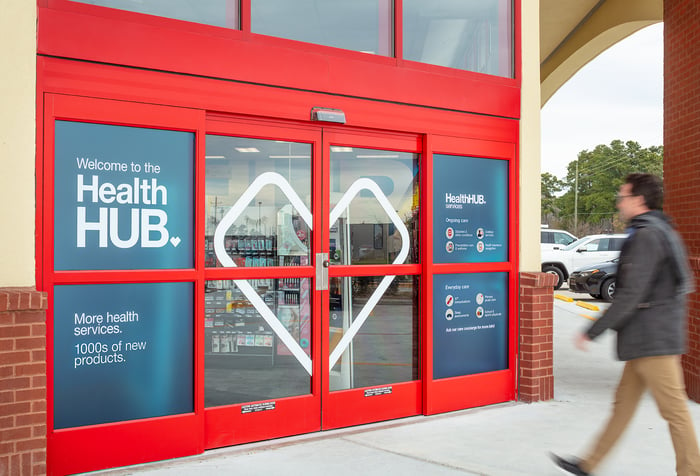 Aetna deal is paying off

CVS paid $69 billion for Aetna back in late 2018 and the move was not considered a slam dunk. The companies were in adjacent space but were very different businesses. The move seems to be working out as the company said its 2019 revenue growth was primarily due to the Aetna purchase.

In its pivot to focusing on health CVS has made a number of changes including getting rid of cigarettes in its stores. It has also added HealthHub locations -- a sort of expanded version of a walk-in clinic -- to some locations with plans to grow that part of the business.

Companies rarely make major pivots in strategy without any sort of stumble.  So far, CVS has avoided that and it looks like its decision to radically alter its business will pay long-term dividends for investors.