A study finds an increased risk of cancer, and the manufacturer complies with the FDA's request.

The Food and Drug Administration has asked Tokyo-based Eisai (ESALF 0.18%) to withdraw its weight-loss drugs Belviq and the extended release formulation, Belviq XR, from the U.S. market. The Japanese drugmaker reluctantly complied, submitting a request to voluntarily withdraw the drug.

When the drug was approved in 2012, the FDA required Eisai and its partner Arena Pharmaceuticals (ARNA) to run a clinical trial to test for the risk of cardiovascular problems. It turns out the study found that patients taking Belviq had a higher incidence of cancer (including pancreatic, colorectal, and lung cancer) than those who received placebo.

The difference wasn't that great: 7.7% for patients taking Belviq compared with 7.1% for those taking placebo. Eisai thinks the weight-loss benefit outweighs the potential increase in cancer risk, but the pharmaceutical company decided not to put up a fight (presumably for fear of repercussions from the agency on other approvals) and will withdraw the drug.

The low global sales of Belviq -- just 3.0 billion yen ($27.3 million) through the first nine months of Eisai's fiscal year -- likely influenced the company's decision to not fight with the agency. 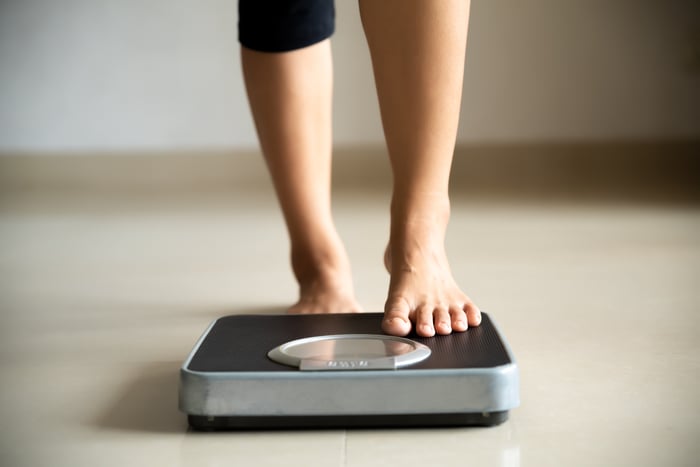 The FDA is recommending that patients stop taking the medication and dispose of it. Doctors will need to stop prescribing the drug and are expected to contact their patients to ask them to stop taking it.

Eisai licensed rights to market Belviq in the U.S. from Arena Pharmaceuticals in 2010 for $50 million up front, as much as $90 million if the drug was approved, and $1.2 billion in potential sales milestones. A few years after the approval, in 2017, the companies amended their agreement, with Eisai taking over all of the marketing of the drugs.