Better-than-expected earnings in Q4 bring the toy company back to breakeven for the year.

With shares of the toymaker down 14% over the past year, versus an S&P 500 that's up 23%, it might not feel much like Mattel is on a roll. But as of Thursday, it's just turned in its fifth straight earnings beat, and its second consecutive profitable quarter, sending its shares up 2.6% in after-hours trading.

Mattel reported earnings after close of trading Thursday. Although the analyst consensus was for earnings per share of just $0.01 in the fourth quarter, it ended up earning $0.11 in adjusted EPS. Toy sales for the fiscal fourth quarter of $1.67 billion likewise trumped expectations for just $1.5 billion in sales. 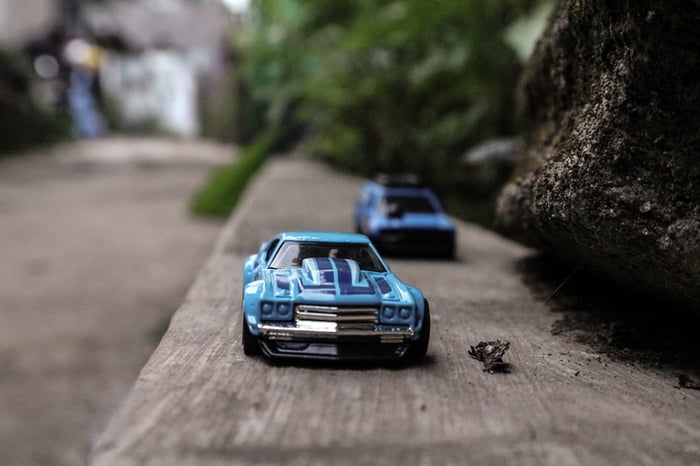 Mattel's sales actually declined in the fourth quarter by 3%, in part because of weak sales during the holiday season at one of its important retail outlets, Target (TGT 4.05%). Nevertheless, CEO Ynon Kreiz argued that Mattel has reached "an important inflection point in our turnaround."

For the quarter, Mattel's gross profit margin increased 180 basis points to 48.4%. More importantly, for the year as a whole, sales were flat year over year (not declining) at $4.5 billion, with gross margin up 420 basis points to 44%, operating profits turning positive ($39 million), and free cash flow positive at $65 million -- the first time Mattel has managed that in three years.