Please ensure Javascript is enabled for purposes of website accessibility
Log In Help Join The Motley Fool
Free Article Join Over 1 Million Premium Members And Get More In-Depth Stock Guidance and Research
By Daniel B. Kline - Feb 13, 2020 at 6:45AM

The entertainment company has fired its co-presidents, but that's not the last shot to be fired.

When WWE (WWE -1.60%) launched its streaming network, it was making a bold bet. The media company specializing in professional wrestling took its very profitable pay-per-view (PPV) events, which cost $59.99 for one event, and made them part of a service that was $9.99 a month.

The logic was that anyone who bought one or two shows a year -- even the most casual of fans -- would see the value in getting 12 PPVs (or more) as part of subscription-based WWE Network for $9.99 a month. The company forecast it would get to 4 million subscribers.

That has not happened. Subscriptions dropped 10% to 1.42 million in the fourth quarter. 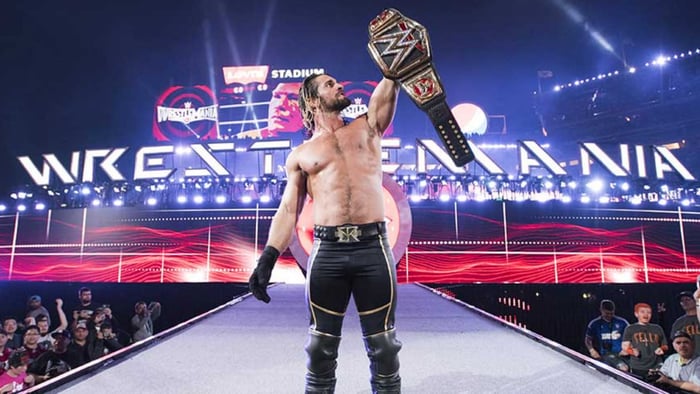 WWE may sell rights to its pay-per-views to a streaming company. Image source: Getty Images.

What is WWE doing to correct this?

The WWE Network has fallen to troubling levels. Instead of being a cash cow for the company, it looks like it's a service only diehard fans want to subscribe to. The pricing logic cited above makes sense, but it appears that consumers don't actually behave that way.

People should be willing to pay $9.99 a month instead of buying periodic $59.99 at different times during the year. The reality is that casual fans simply don't see the value in the service. They either only subscribe in months when they want to watch a PPV (there are no contracts), or they skip the network entirely (a more likely scenario based on the number of subscribers).

That issue may lead to a major change.

"While we are providing perspective today and our business outlook for 2020, you should note we are pursuing initiatives that could substantially enhance our performance," said interim CFO Frank Riddick during the fourth-quarter earnings call, continuing:

These include the distribution of content in the Middle East and India as well as the evaluation and execution of strategic alternatives for our direct-to-consumer service, which could be implemented, quite frankly, in the next quarter.

Basically, WWE sees the guaranteed money its rival UFC gets through its PPV deal with Walt Disney's ESPN+, and it wants to pursue similar agreements. This could mean taking this premium content off of the WWE network.

That would devalue the network to casual fans -- the ones largely not subscribing anyway. It could also bring in hundreds of millions of dollars in needed revenue while network subscriptions don't actually fall all that much further given that diehard fans would still want all of the non-PPV exclusive content.

What's next for WWE?

By offering its PPVs only through ESPN+, UFC got guaranteed revenue but sacrificed exposure. WWE faces the same dilemma if it decides to sell its PPVs to a streaming service, taking them off its own streaming network.

WWE Network was launched with high hopes. Ideally, it would have grown to 4 million subscribers and given the company a hedge against the volatile situation it has sometimes faced with selling its TV rights. If it had hit those heights, the company could have a fallback plan for its premiere programming if the market for TV rights changed.

That has not happened. If WWE had to air RAW or Smackdown, its two most valuable shows on its own network, it may add a few hundred thousand subscribers, but that wouldn't come close to what it's currently being paid for those shows to air on other networks.

With 4 million subscribers essentially impossible to reach, WWE should make the major pivot it's suggesting: take the PPVs (at least the biggest ones, including Wrestlemania) and sell them to the highest bidder. That devalues WWE Network but maximizes revenue, and that's the right move for shareholders given that the original plans for the streaming network have failed.