Please ensure Javascript is enabled for purposes of website accessibility
Log In Help Join The Motley Fool
Free Article Join Over 1 Million Premium Members And Get More In-Depth Stock Guidance and Research
By Keith Speights - Updated Feb 14, 2020 at 7:10AM

The medical-device maker delivered good news across the board for the quarter.

The diabetes-focused medical-device stock skyrocketed 83% last year. DexCom got off to a good start in 2020, as well, with a double-digit gain by early February. Investors looking for another catalyst received one when the company announced its fiscal 2019 fourth-quarter and full-year results after the market closed on Thursday.

DexCom's shares jumped around 5% in after-hours trading following the release of its latest results. Here are three reasons why the company's Q4 update delighted investors. 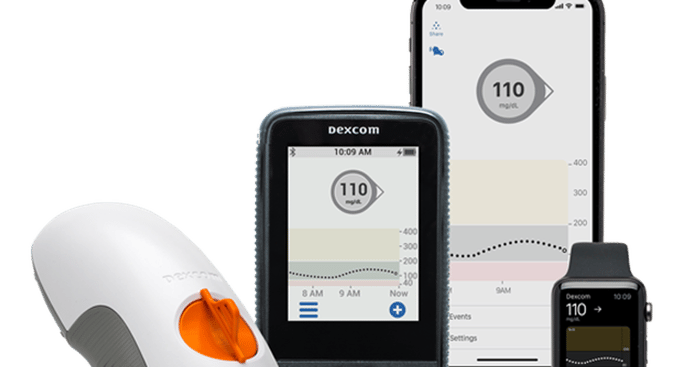 DexCom reported revenue in the fourth quarter of $462.8 million. This reflected year-over-year growth of 37%. It also easily topped the average analyst estimate of $442.4 million.

There's no question why the company's sales continue to rise. DexCom's G6 continuous glucose monitoring (CGM) system is attracting more and more patients as they become aware of the benefits of real-time CGM.

To be fair, DexCom's GAAP net loss in the prior-year period included a $217.7 million non-cash charge related to its amended agreement with Alphabet subsidiary Verily. But the non-GAAP earnings figure in Q4 of 2018 excluded this charge. DexCom's adjusted earnings improvement was really as good as it appeared to be.

Investors in healthcare stocks (for that matter, investors in any kind of stocks) are more interested in the future than the past. DexCom's future looks quite good based on the company's full-year 2020 guidance.

The company maintained its previous full-year 2020 revenue outlook of between $1.725 billion and $1.775 billion. The average analyst's revenue estimate for the year is $1.77 billion, near the upper end of DexCom's range. But Wall Street analysts know that DexCom tends to sandbag with its revenue guidance. For example, the company projected full-year 2019 revenue of between $1.175 billion and $1.225 billion but delivered actual 2019 revenue of $1.476 billion.

DexCom also provided more detailed guidance for other financial metrics in full-year 2020. The company expects a gross profit margin of around 64% and a non-GAAP operating margin of around 13%. DexCom looks for non-GAAP adjusted earnings before interest, taxes, depreciation, and amortization (EBITDA) margin of close to 23%.

DexCom CEO Kevin Sayer stated, "We have taken significant steps to prepare the business for long-term growth and believe we are well-positioned as we enter 2020." The company's Q4 performance appears to justify his optimism.

Some, and perhaps many, healthcare stocks could face increased volatility in 2020 with the U.S. presidential campaign heating up. DexCom, though, shouldn't be impacted too much by political pressures. The company appears to be in good shape to continue delighting investors well into the future.

Why DexCom Stock Is Jumping Today