Escalating demand for flash memory could be to blame.

Sony (SONY 0.71%) and Microsoft (MSFT 0.51%) won't release their new consoles until this fall, but the war is already heating up. According to a report from Bloomberg, certain components are pushing up the costs for Sony's upcoming PlayStation 5 game console.

While some tech specs have surfaced, neither company has finalized all specs for their respective game machines, and that means pricing is still up in the air. The console manufacturers seem to be playing cat-and-mouse on who can deliver the best technology at the lowest price, which could have implications on who wins the next console war. 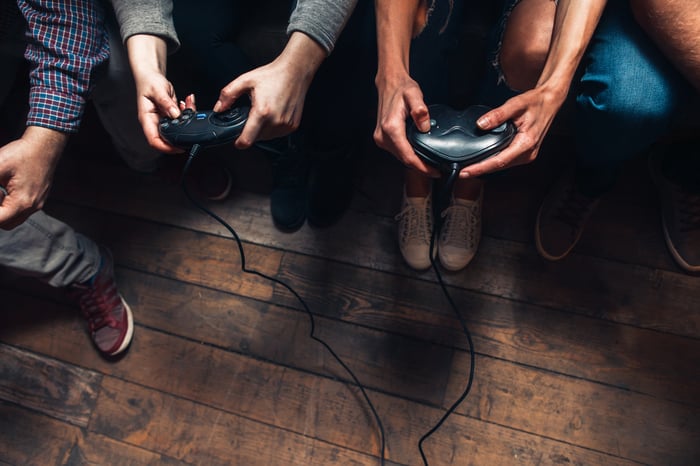 Are gamers willing to pay up for PlayStation?

The problem for Sony appears to be short supply for DRAM and NAND flash memory, which are in high demand as smartphone manufacturers gear up for new launches this year. The PlayStation 5 and Xbox Series X are expected to feature solid-state storage drives, which rely on flash memory chips.

Technology experts believe that flash memory prices could jump by 40% in 2020. Bloomberg reports that most of the components for PlayStation 5 are "locked down," but Sony executives are being patient on the console's pricing and may wait until Microsoft sets the price for Xbox Series X before making a final decision. That may not come until at least the E3 gaming expo in June.

Both the Xbox One and the PlayStation 4 launched at $399 in 2013. Consoles are typically sold at or above breakeven. The PS4 has outsold Xbox One by about two-to-one, so maybe Sony can get away with a slightly higher price if needed. The costs for each PS5 are currently estimated to be up to $450.