The company will join other decades-old apparel brands that have recently transitioned to the public markets.

After 92 years in business, shoe manufacturer Cole Haan has filed for an initial public offering.

The footwear retailer submitted a confidential offering draft to the SEC in October, and filed its "S-1" IPO registration statement Friday morning. Cole Haan is owned by private equity firm Apax Partners, which purchased the company from apparel giant Nike in 2013; Nike had acquired Cole Haan in 1988. 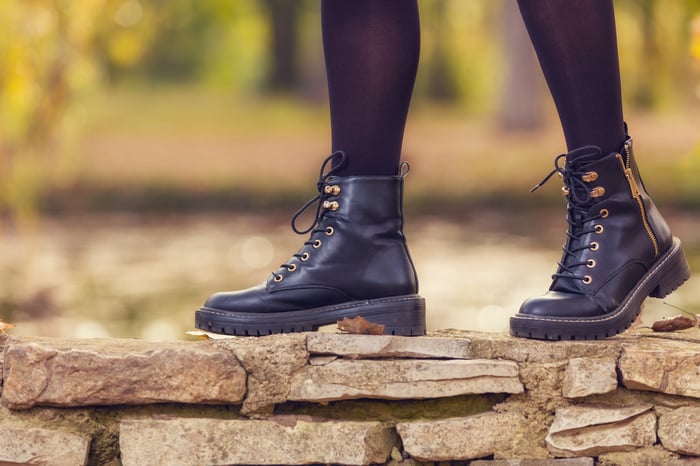 An opportune time to come to market?

Given a reasonably strong environment for new public issues over the past few years, Cole Haan has chosen a healthy window to make its public debut. The March 2019 IPO of venerable jeans stitcher Levi Strauss, and the May 2019 spin-off of Kontoor Brands (owner of the Wrangler and Lee Jeans labels) from VF Corp demonstrated the wide public investment appetite for quality fashion brands with staying power.

In recent years, Cole Haan has broadened its dress shoe focus to outdoor and athleisure footwear and accessories. The company's fiscal 2019 top line increased 14% to $687 million, and it booked net income of $33 million during the period, an improvement of 43% against fiscal 2018. Cole Haan generates 30% of its sales from digital commerce, and has global expansion opportunities, as 85% of sales derive from the U.S. at present.

Use of IPO cash

While investors will scrutinize Cole Haan's filing in the coming weeks to determine investment viability, one thing is certain: Apax Partners is expecting a handsome windfall. In the "Use of Proceeds" section of its S-1, Cole Haan disclosed that it won't see any cash from the IPO for growth, working capital, or other purposes: Selling stockholders are set to bag 100% of net proceeds from the offering.