Please ensure Javascript is enabled for purposes of website accessibility
Log In Help Join The Motley Fool
Free Article Join Over 1 Million Premium Members And Get More In-Depth Stock Guidance and Research
By Chad Henage - Updated Feb 18, 2020 at 11:08AM

"Cloud gaming is the future and offers a better value than buying a console." This is just one of the myths that gamers and investors alike need to squash right away.

It's no surprise that it's relatively easy to find an article suggesting that cloud gaming is the future of video games. What might be surprising is that the article I mentioned above is from 2012. The worry about console gaming's decline then was connected to the popularity of mobile games.

In today's world, where companies from Microsoft (MSFT 2.76%) to Alphabet are jumping into cloud gaming with both feet, is this the end of the traditional console? In a word, no. Mobile gaming has been a fast-growing part of the gaming market, yet it didn't spell the end of traditional consoles. In the same way, cloud gaming services may take a portion of the market, but they won't take over the industry, as some analysts assume.

Just to put the future of gaming into numbers, industry analyst Newzoo found spending on video games reached more than $150 billion in 2019. By 2022, total spending is expected to fall just short of $200 billion. This same study suggests that mobile gaming will make up nearly half of all game revenue. Console gaming isn't expected to disappear either, reaching more than $61 billion by 2022. Given this backdrop, there are multiple myths about the future of cloud gaming that investors need to squash right away. 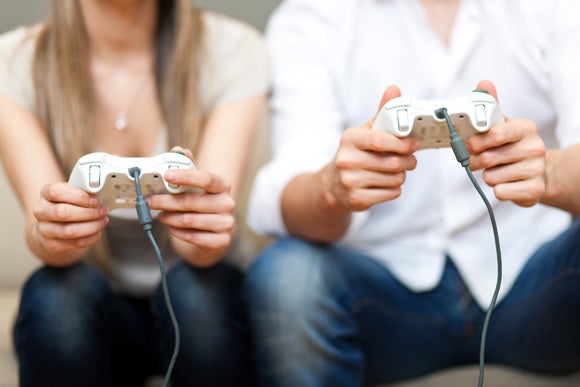 Myth 1: Consoles are expensive and cloud gaming is a better value

Many articles related to cloud gaming suggest that the cost of hardware is a barrier. What investors should remember is that just because an argument is made repeatedly doesn't make it true.

There have been approximately eight generations of game consoles. Console sales tend to overlap as older models become a better value relative to newly introduced systems. Since 1972, the average console cycle has been just over 13 years on average. Using this as a template, the argument for a cloud-exclusive gaming subscription is challenging to accept.

If saving money is the goal, Google Stadia and xCloud leave much to be desired. Xbox Live Gold gives subscribers at least three free games per month. Over a five-year period, users would have access to 180 free games. Many analysts are looking for cloud gaming services to become the Netflix of gaming with unlimited access to tons of free titles. Google Stadia offers one free game and xCloud's test offers about 50 games. Given the pricing, the comparison to the thousands of hours of entertainment that Netflix offers is questionable at best.

There are multiple holes in the theory that cloud gaming is a better solution than what is currently available. One big issue is that mobile gamers don't seem to have a need to pay for these services.

Last year's top-grossing mobile game was Fate/Grand Order. This is a free-to-play anime game. Like many others, the way the game makes money is through in-app purchases. Other top free games include titles such as Johnny Trigger, Paper.io, Roblox and Candy Crush Saga. The top paid mobile games normally have an upfront cost of less than $10. Mobile game revenue is expected to comprise roughly half of total video game revenue in the next few years. Given this fact, the free-to-play phenomenon seems to argue against paying for a cloud-based service.

On the console side of the house, the trouble with cloud-based gaming goes beyond the cost. Game publishers are increasingly relying on offering both console level games and mobile games as differentiated experiences. The most recent example is Activision Blizzard's Call of Duty franchise. Despite the traditional Call of Duty's predictable console and PC release schedule, Call of Duty: Mobile has met with early success. In the first month, the game garnered 148 million downloads. By point of comparison, Fortnite garnered 35 million downloads in its first month.

In addition, many console games offer a single-player mode that doesn't require online access. When it comes to upcoming hardware releases, the next generation of Xbox and PlayStation reportedly will offer 8K resolution and solid-state drives (SSDs). These improvements should allow consoles gamers to experience faster load times and quicker updates.

When we combine the popularity of free-to-play mobile games, a long hardware cycle, potentially better graphics and load times, it seems the industry is already addressing the needs that cloud gaming was hoping to answer.

Myth 3: Music was first, movies were second, video games are next

The third myth surrounding cloud gaming is because music and movies both moved from physical media to streaming services, video games are the next logical industry to take this step.

The first issue is that streaming high-quality music or DVD-quality video require significantly less bandwidth than a video game. Google Stadia says that to achieve 4K quality gaming, subscribers need 30 to 35 Mbps internet speeds. While this speed is achievable for many, one challenge facing cloud gaming is internet provider data caps.

Comcast gives a 1 TB monthly data allowance, which sounds like a significant amount. However, a study last year found the average gamer worldwide spent about 7 hours per week playing video games, an annual increase of more than 19%. To put this into perspective, 28 hours of 4K gaming on Google Stadia would use about 430 GB in a month.

If we add to this deluge of data, the fact that last year worldwide users spent nearly 7 hours per week on average streaming video, we can see that this 1 TB of data could be used up much faster than some would realize.

From an investment standpoint, Microsoft seems to be a better gaming prospect than Alphabet at present. One of the challenges facing the company will be the pricing of xCloud. If the service prices at $15 a month, as some expect, Microsoft may need to combine xCloud and its popular Game Pass service to make the cost palpable. Game Pass gives users access to about 100 games they can download and play as much as they want. Subscribers are already paying $14.99 per month for this service. Having access to Game Pass through xCloud could cause Game Pass subscription revenue to jump. On the other hand, if Microsoft requires gamers to pay $15 for xCloud, and $14.99 for Game Pass, the cloud gaming dream could be a tough pill to swallow.

On a positive note, in Microsoft's last conference call, CEO Satya Nadella said, "We set a new record for Xbox Live monthly users again this quarter, led by the strength of Console." In addition, he mentioned Xbox Game Pass subscribers more than doubled. In short, Microsoft already has a subscription gaming model in place. Between the company's nascent cloud offerings, the ubiquity of Office, and an upcoming refresh of gaming consoles, Microsoft's pillars of growth are clear. Investors looking to cash in on gaming's future should have Microsoft on their buy list.