It's another blow to the department store after reporting soft sales to finish 2019.

Investors are getting increasingly antsy about the turnaround plans at Macy's (M -4.17%), with the shares down 35% over the past year. Now, S&P Global Ratings has weighed in by lowering the company's debt rating to BB+ from BBB-.

The reason for the downgrade was "excess stores" amid a rapidly changing retail environment, as S&P Global explained in a statement. 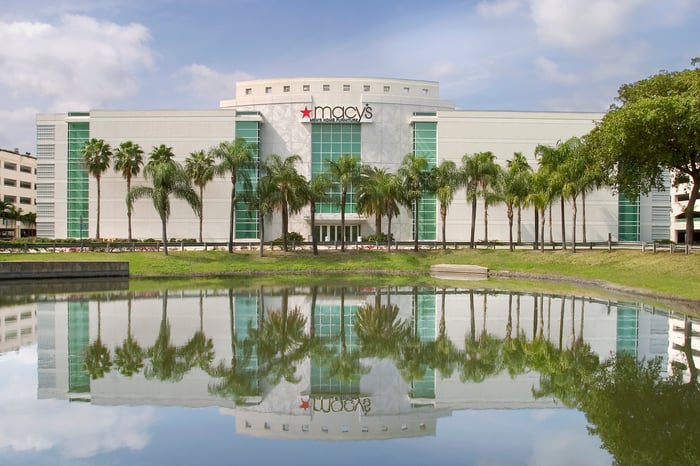 In 2018, investors were hopeful that Macy's could complete a successful turnaround. Through the second quarter of 2019, it had posted seven consecutive quarters of positive comparable-store sales, but that streak came to an end when the company reported a 3.9% decline in comp sales for the third quarter.

In early February, Macy's announced its three-year Polaris strategy to right the ship, which calls for building four $1 billion private brands, closing about 125 stores in lower-tier malls, cutting $1.5 billion in costs, and launching the next phase of the Star Rewards loyalty program.

S&P wasn't impressed, explaining that the Polaris strategy "will be a challenge to implement successfully amid increasing competition from retailers that are ahead in many of these areas."

Overall, S&P said the company's plan to improve profitability is "weaker" than previously expected. The sales decline during the third quarter caused adjusted earnings to fall 74% year over year.

In January, Macy's reported sales results for November and December, which showed an improving trend, but comp sales were still down 0.7% over the year-ago period. That doesn't look good when retail spending overall was up 3.4% during the holidays.