Please ensure Javascript is enabled for purposes of website accessibility
Log In Help Join The Motley Fool
Free Article Join Over 1 Million Premium Members And Get More In-Depth Stock Guidance and Research
By Leo Sun - Feb 18, 2020 at 9:35AM

A growing market, an expanding ecosystem, and tighter financial discipline could lift this stock to fresh highs by 2025.

Digital payments company Square (SQ -1.40%) went public at $9 per share in late 2015. It faced plenty of pessimism prior to its debut, due to a chilly IPO market, its lack of profits, and Jack Dorsey's dual CEO roles at Square and Twitter (TWTR 0.54%).

Yet Square's stock is now worth over $80 per share. It's still pricey at nearly 90 times forward earnings, but Square's robust revenue growth, its expanding ecosystem, and its improving non-GAAP earnings gradually attracted more bulls than bears.

Square's stock remains volatile, with a trading range of roughly $30 over the past 52 weeks, so it isn't for queasy investors. But looking five years into the future, Square's growth could stabilize as its addressable market, ecosystem, and margins expand. 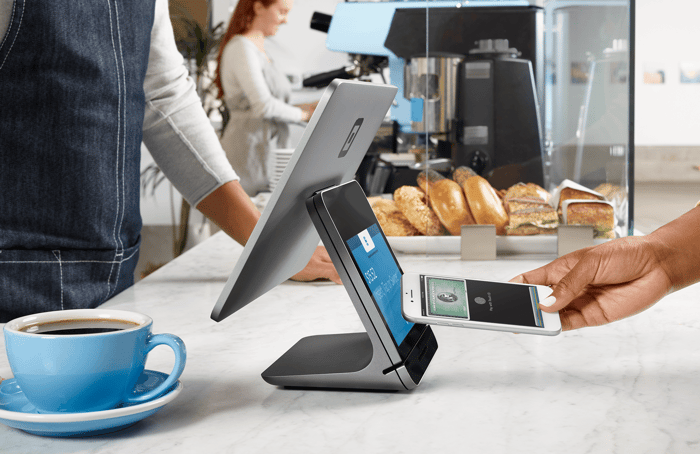 The global digital payments market could grow at a compound annual growth rate (CAGR) of 17.6% between 2019 and 2025 into a $132.5 billion market, according to Grand View Research. The firm cites rising adoption rates for mobile payment apps, relaxed regulations regarding digital payments, and rising mobile penetration rates as major catalysts for that growth spurt.

That bullish forecast indicates that Square's gross payment volume (GPV), or the total value of all payments across its platforms, could still have plenty of upside potential after climbing 25% annually to $28.2 billion last quarter. There could also be plenty of room for Square, PayPal, Adyen, Apple Pay, and other platforms to grow without trampling each other.

Square's Cash App, which was initially launched in 2013, was the fastest-growing payments app in the U.S. last year, according to App Annie's "State of Mobile 2020" report. The firm also named Cash the top "breakout" finance app in the U.S., beating the bank-backed Zelle and PayPal's Venmo -- which ranked second and third, respectively. 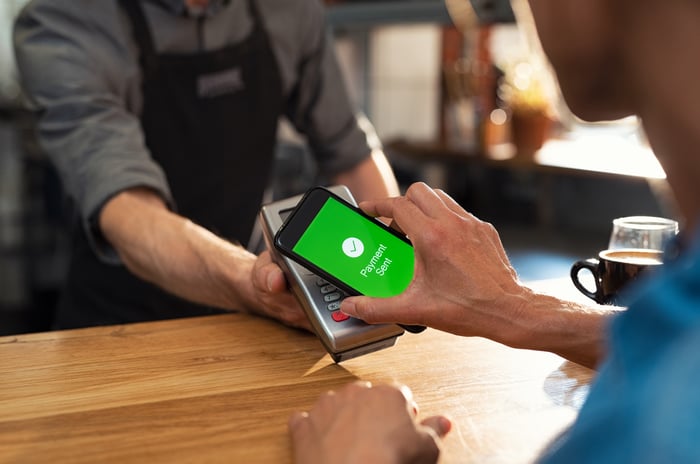 Square revealed that Cash reached 15 million monthly active users at the end of 2018. App Annie's report suggests that figure rose significantly in 2019, and Square often cites Cash as a core catalyst for its subscription and services revenue, which surged 68% annually and accounted for 22% of its top line last quarter.

Square has gradually expanded Cash from a peer-to-peer payments app into a full-blown fintech ecosystem with bitcoin and commission-free stock trades. It's also linked to a physical Cash Card, which can be used as a regular debit card.

Over the next five years, the expansion of Cash -- along with Square's other fintech services like Instant Deposit and its financing arm Square Capital -- should lock in more consumers and merchants.

An evolution into a one-stop digital shop

Square sells a wide range of payment hardware, including dongles and stand-alone terminals, to tether merchants to its ecosystem. Its expansion of that ecosystem with analytics, payroll, web design, e-commerce, and other services could eventually turn it into a one-stop-shop for digitizing a business.

In short, Square could start competing against companies like Shopify, Adobe, and Microsoft, which all have similar aspirations to become one-stop shops for digitizing businesses. That expansion could widen Square's moat, increase the stickiness of its ecosystem, and boost its higher-margin subscription and services revenue.

Square is still unprofitable by GAAP measures, and its liberal use of non-GAAP metrics frequently raises eyebrows. It also continues to gauge its overall growth in adjusted EBITDA as it incurs net losses. However, investors should recall that Jack Dorsey gradually narrowed Twitter's losses and eventually brought it back into the black by both non-GAAP and GAAP measures.

That process took time, but Dorsey's recent moves at Square -- including its divestment of Caviar and the discontinuation of its "adjusted revenue" metric -- indicate that the company will exercise tighter cost controls over the next few years to improve its GAAP profitability. The stabilization of Square's earnings growth could silence the bears and justify its premium valuation.

Square will likely face plenty of competition and macro headwinds over the next five years, but it's carved out a defensible niche in the growing fintech market. The stock should remain volatile, but I believe that the tailwinds will offset the headwinds and lift the stock much higher by 2025.