Please ensure Javascript is enabled for purposes of website accessibility
Log In Help Join The Motley Fool
Free Article Join Over 1 Million Premium Members And Get More In-Depth Stock Guidance and Research
By Eric Volkman - Feb 19, 2020 at 12:12AM

The company announced late Tuesday that it had received approval to begin selling this form of cannabis at its Nature's Care Company dispensary in the city of Rolling Hills, roughly a half-hour's drive from Chicago. The store had already been in operation but was licensed to sell only medical marijuana. Immediately upon being granted the new approval, the dispensary began selling recreational product. 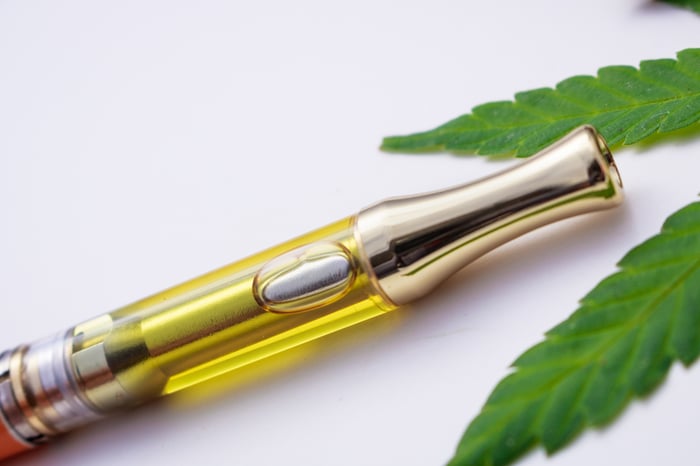 Nature's Care dispenses Acreage's own recreational brands, in addition to those of Tweed -- a brand belonging to its large Canadian peer Canopy Growth (CGC -3.69%). All of those brands can also be purchased at Illinois dispensaries operated by third parties.

Last year, the two companies struck a deal in which Canopy Growth would acquire Acreage in a buyout valued at $3.4 billion. The Canopy Growth/Acreage deal is contingent, however, on having marijuana become fully legal at the federal level in the United States.

Illinois is the state that has most recently sanctioned the sale and consumption of recreational cannabis; its law doing so took effect on Jan. 1. Since then, sales have been brisk across the state. In the first month of legalization, recreational marijuana sales in Illinois exceeded $39 million. Unlike other states that have gone the recreational legalization route, Illinois has been relatively liberal in awarding dispensary licenses.

Perhaps this good post-market news will be good for Acreage's shares on Wednesday, as the marijuana stock didn't fare well in Tuesday trading. Its price sank by nearly 7% on the day.