The tobacco company still believes it will improve profitability by 4% to 7% over its next three fiscal years.

Altria (MO -0.40%) is apparently on track to hit its profitability targets. The cigarette company on Wednesday affirmed its current goal for per-share net profit growth, as well as its profitability guidance for the current fiscal year.

The sprawling tobacco giant said its previously announced target range of 4% of 7% annual growth in non-GAAP (adjusted) diluted earnings per share (EPS) for the fiscal years 2020 to 2022 is being maintained. In Altria's most recently reported quarter, it delivered 7.4% year-over-year growth in the metric. 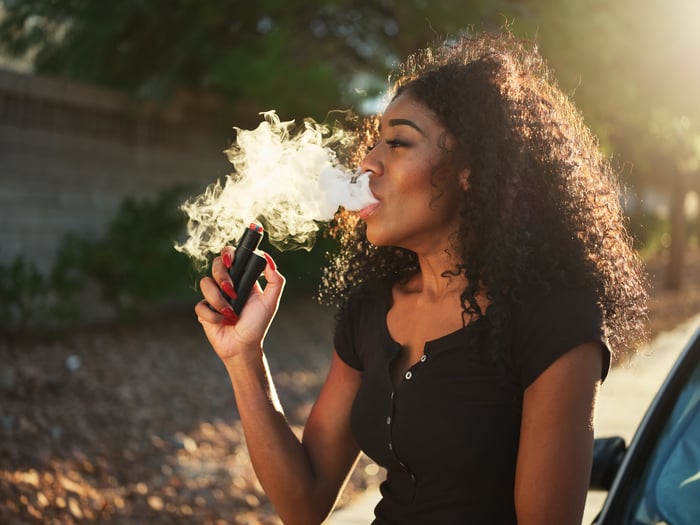 As for fiscal 2020 guidance, the company is sticking to its projections of full-year adjusted diluted per-share earnings of $4.39 to $4.51. If its actual result lands within that range, it would meet that 4% to 7% growth target.

The company is confident that it can achieve growth in spite of the ongoing decline in cigarette volume sales. They are expected to slide by 4% to 6% in 2020. Altria said its projections also take into account a recently enacted law raising the minimum age to purchase nicotine and tobacco products to 21.

The company has high hopes for IQOS, a smoking device created by peer Philip Morris International (PM -0.96%) that heats tobacco rather than burning it. Altria is effectively the exclusive U.S. sales agent for the device, which officially made its debut in this country late last year. Altria and Philip Morris were once parts of a single company, and as such began developing IQOS earlier this century.

Will Altria Stock Go Up in Smoke?