Incyte (INCY 1.74%) scored another clinical trial win for its ruxolitinib cream in patients with atopic dermatitis, commonly referred to as eczema. Shares of the biotech were up 2.3% at 12:35 p.m. Wednesday on the news.

After eight weeks of treatment in the phase 3 TRuE-AD1 clinical trial, 50% of patients using the lower dose and 53.8% of patients using the higher dose had Investigator's Global Assessment Treatment Success (IGA-TS), which is defined as having a score of 0 (clear) or 1 (almost clear) and at least a two-point improvement in their scores. Only 15.1% of patients treated with the vehicle control met the goal.

The study also measured the patients' Eczema Area and Severity Index (EASI): 56% and 62.1% of patients using the low- and high-dose creams, respectively, achieved at least a 75% improvement in their EASI scores, compared to 24.6% of patients in the control group. 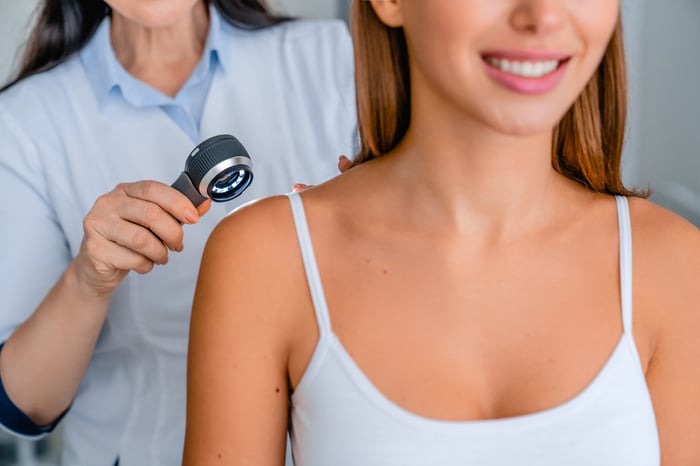 Last month, Incyte said the TRuE-AD2 study was successful, but didn't report the data at that time. Apparently, it was waiting to release it with the second completed study.

Ruxolitinib is a Janus kinase inhibitor, which works by tamping down the immune system. The drug is also the active ingredient in Incyte's oral treatment, Jakafi, which is approved to treat polycythemia vera, myelofibrosis, and graft-versus-host disease.