Please ensure Javascript is enabled for purposes of website accessibility
Log In Help Join The Motley Fool
Free Article Join Over 1 Million Premium Members And Get More In-Depth Stock Guidance and Research
By Jennifer Saibil - Feb 19, 2020 at 9:17AM

The teen clothing retail chain had record sales over 2019, but other factors are pulling down the company's value.

While malls and department stores are closing and some of the ones in operation are wallowing in promotions to keep operating, there are still some retail chains that are holding up well under the headwinds. American Eagle Outfitters (AEO 4.09%) has emerged as a top destination among teens and young adults, and the company has seen high growth even in a transitioning retail landscape.

Oddly, that solid performance hasn't translated into an increased share price. The value of the stock decreased more than a quarter in 2019, and it's moved up only slightly year-to-date in 2020. Let's take a look at possible reasons why.

It's a hit with teens

American Eagle has captured the youth apparel market with its on-trend designs and careful attention to the needs of its customers. It came in second (after Nike) for best-loved teen apparel brand in the latest Piper Jaffray Taking Stock With Teens survey, and the 2019 third quarter earnings report saw its 19th consecutive quarter of comp sales growth as well as record third-quarter revenue.

Just seeing this, it looks like retail apparel is a thriving market. 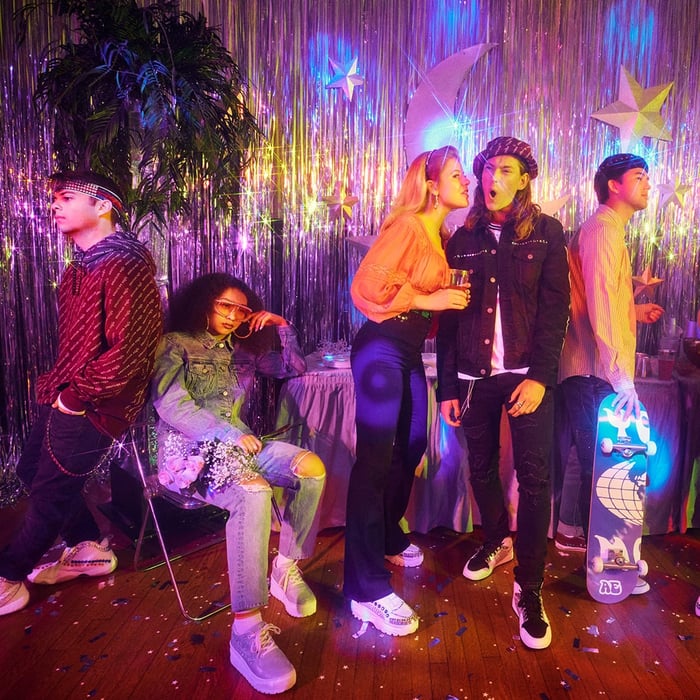 Retail is changing, but not failing

So far, the retail apparel industry hasn't succumbed to a hostile internet takeover. In fact, according to a fall 2019 U.S. Census Bureau report, the internet still only accounts for 11% of total retail sales nationwide. That's certainly not a takeover, even if it's significant and even though it's growing fast. One of the other changes in retail is the increased stratification of the economy and the result, which is that there are more well-to-do consumers who are aiming for high luxury, and more financially struggling consumers who are looking for deals. The middle class is getting squeezed, and their favorite shopping haunts, which happen to be many of the past decade's retail winners, are losing out.

In fact, the retail apocalypse is considered by some to be a bit of a myth when you factor in the success of retailers like Costco, Walmart, and Target, all of whom have an online presence but see the majority of their sales happening in-store. Retail is changing, but it's evolving to favor stores with an omnichannel sales strategy. Apparel retailers have struggled more here because it is harder for them to develop a workable online presence.

American Eagle has been a winner in that sense as well, having outlasted many of its mall competitors who have either declared bankruptcy, such as Forever 21, or have seen declining sales, such as Gap. However, it's not just a mall brand. American Eagle has turned to digital to go where retail is going and grow its brand, and that business grew by double digits and contributed 28% of third-quarter sales. It's also creating a customer loyalty program and delivering a total customer experience. CEO Jay Schottenstein explained, "clearly we offer our customers industry-leading product innovations, the best fits, quality, and value, wrapped in emotional brand experiences."

Aerie is succeeding where the main brand is not

American Eagle brand comps were up 2% while Aerie comps were up 20% in the company's third quarter, Aerie's 20th consecutive quarter of double-digit growth. Aerie has been lauded as speaking to a new generation of women with its marketing campaigns that focus on body positivity and feature a diverse range of models.

However, even though projected revenue in its latest quarter increased $63 million to $1.07 billion, comp sales for the American Eagle brand were flat in the fourth quarter after a 6% increase in 2018, based on a preliminary Q4 report that includes 2019 holiday sales figures.

Schottenstein noted the success of American Eagle jeans and Aerie as well as the slump in American Eagle Apparel, which resulted in price-slashing. He said the problem was ongoing in the fourth quarter, but the company was working to correct it.

In the third quarter, American Eagle comps were up 5% and net income stayed flat with earnings per share (EPS) of $0.48 (which was in line with guidance).

The gross margin rate was 38.2% compared to 39.8% last year. Management expects flat sales in the fourth quarter with an EPS of $0.34 to $0.36, a decrease from last year's EPS of $0.43. The decline primarily reflects the increased markdowns, and the question right now is what the company plans to do about that. Given the popularity of the brand and the strength of two of its segments, it's likely that American Eagle will be able to sort out its inventory issues and return to greater profitability.

Does this make it a buy? Retail -- especially apparel retail -- is at somewhat of a turning point where there's a strong bifurcation between the winners and the losers, and American Eagle is on the right side of the dividing line. Right now, shares trade at only 9.7 times trailing 12 months earnings, which is a great value for a growing company. The company also pays a dividend with a yield of 3.7% and has the free cash flow to maintain its dividend to shareholders even if times get rough.