Most stocks delivered tremendous gains in 2019 -- but not Elanco Animal Health (ELAN -3.73%). The stock fell by nearly 7% last year and its early momentum in 2020 has now largely fizzled out.

Elanco announced its 2019 fourth-quarter and full-year results before the market opened on Wednesday. Unfortunately, those results didn't give investors a reason to be tremendously enthusiastic about the company's prospects. Here are the highlights from Elanco's Q4 update. 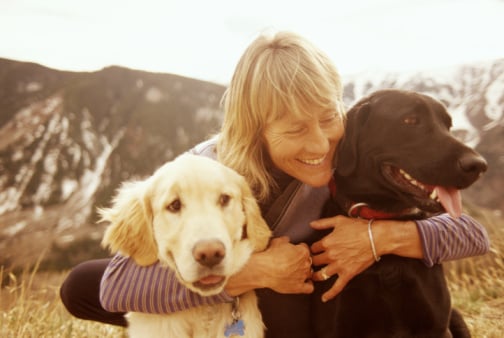 Elanco's top-line performance went in the wrong direction in the fourth quarter. Revenue fell 2% year over year to $787 million. This result was also below the consensus Wall Street Q4 revenue estimate of $791.5 million.

The company reported a net loss in the fourth quarter of $9.5 million, or $0.03 per share, based on generally accepted accounting principles (GAAP). In the prior-year period, the company announced GAAP net income of $16.4 million, or $0.04 per share.

On a non-GAAP adjusted basis, Elanco's net income in the fourth quarter was $87.8 million, or $0.23 per share. This reflected a 17% year-over-year decline. However, Elanco's Q4 adjusted earnings per share (EPS) met the average analyst's adjusted EPS estimate for the quarter.

Elanco's largest business in terms of sales is its food animal unit. Total food animal revenue increased by 1.4% year over year in Q4 to $509.1 million. This modest growth was primarily driven by price increases, although the company also saw some increased volume for its ruminants and swine products, especially Posilac, a drug that improves milk productivity in cows.

However, Elanco's food animal business experienced some challenges in the fourth quarter. Changing policies in Asia weighed on revenue, as did the impact of African Swine Fever in Asia. In addition, U.S. producers reduced their purchases of Paylean, a drug that helps build muscle in show pigs.

Probably the biggest development to look forward to with Elanco is its acquisition of Bayer Animal Health. Elanco CEO Jeff Simmons said that the "transaction is developing better than we expected when we announced in August of 2019." Elanco expects to close the acquisition in mid-2020.

While many healthcare stocks could experience turbulence this year with the U.S. presidential election heating up, animal health stocks like Elanco shouldn't be impacted very much by the political dynamics.

This Acquisition Could Open a Whole New Market to Elanco