Please ensure Javascript is enabled for purposes of website accessibility
Log In Help Join The Motley Fool
Free Article Join Over 1 Million Premium Members And Get More In-Depth Stock Guidance and Research
By Pearl Wang - Feb 19, 2020 at 7:00AM

World Wrestling Entertainment (WWE -1.60%) stock is down nearly 50% over the last 12 months. And most recently, shares fell 9% after the company reported disappointing fourth-quarter and full-year 2019 results. Several analysts downgraded their ratings on the stock.

So with shares trading near 52-week lows, could it be an opportune time to invest? 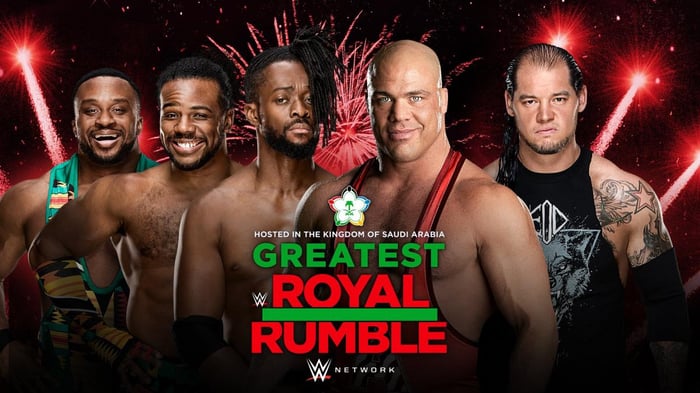 WWE's fourth-quarter revenue came in at $322.8 million, falling short of consensus expectations of $332.4 million. This follows a weak third-quarter report with year-over-year revenue and earnings declines. Paid WWE network subscriber figures in the fourth quarter were also disappointing, decreasing 10% to 1.42 million. The company attributed this to lower subscribers additions earlier in the year, and revenue from the live events segment dropped 20% from last year.

The company's adjusted OIBDA (operating income before depreciation and amortization) was $180.0 million in 2019, up slightly from the $178.9 million recorded in 2018. While there was growth in rights fees, there was "weaker performance across other product lines and the impact of accelerated investment to support our core content creation," interim CFO Frank Riddick said on the earnings call. Guidance is for 2020 adjusted OIBDA in the range of $250 million to $300 million.

The company has made some big changes in its management structure. WWE co-presidents George Barrios and Michelle Wilson announced their departures from WWE on Jan. 30. The two executives were also on the board and had been with the company for over 10 years.

The consumer entertainment company is also updating its long-term strategy. Riddick commented, "We are in the process of evaluating several strategic initiatives that could materially impact our growth trajectory, and we are targeting a date by the end of the first quarter to communicate our long-term strategy."

This uncertainty, combined with disappointing revenue and subscriber figures, has already pushed the stock down 31% year to date. Investors are also concerned with increasing competition for premium subscribers and decreases in domestic pay-TV subscribers. If pay-TV subscriber numbers decrease, WWE may have a tougher time negotiating higher rights payments for its domestic deals.

Where will future growth come from?

According to J.P. Morgan analyst David Karnovsky, WWE had a goal of reaching three million to four million subscribers for its WWE Network content. Progress toward this goal has been disappointing as the company encounters difficulty adding new subscribers. Management has sought alternative options for the WWE network. Riddick noted that during the quarter, the media company "completed a free-to-air distribution agreement with ViacomCBS' Channel 5 in the U.K. and extended our agreement with SuperSport in Africa, which will create a dedicated WWE channel."

In the short term, WWE sees revenue growth coming from new content distribution agreements in the U.S. that began in the fourth quarter. The company's live event in Saudi Arabia will also be a driver. However, expenses are expected to rise from business development and production expenses.

Overall growth for the company continues to be focused on leveraging its live sports content, media, and live events in international regions. WWE expects its content rights fees to expand. However, there are some headwinds with the ongoing trend of video subscriber declines. UBS predicts that the U.S. pay-TV industry will lose 6.2 million subscribers in 2020 after shedding 6.4 million last year. As the pay-TV industry shrinks, it may be more challenging for WWE to generate higher revenue for these contracts. The entertainment company will need to showcase the value of its content in order to expand the revenue it collects from media partners.

While there is some promise around improvement in WWE's live events in North America -- where fourth-quarter attendance increased 15% compared to the first quarter's 12% decrease, there is uncertainty around the company's updated strategy. Furthermore, media industry headwinds such as increased competition for viewers and declining pay-TV subscribers add to risk in the company's long-term growth. Trading at 25 times forward earnings estimates, even after the recent pullback, it makes sense to wait for more clarity on the company's long-term strategy before taking a position.