Please ensure Javascript is enabled for purposes of website accessibility
Log In Help Join The Motley Fool
Free Article Join Over 1 Million Premium Members And Get More In-Depth Stock Guidance and Research
By Evan Niu, CFA – Feb 20, 2020 at 8:30AM

The affordable model is now expected in April.

Apple (AAPL -4.77%) is widely expected to have an affordable iPhone in the works. The new model was previously slated to launch in March, but the ongoing coronavirus outbreak is still disrupting supply chains across China as public health officials continue grappling with the crisis. Apple formally warned investors this week that it now expects to miss its revenue guidance for the first quarter due to the pandemic, citing iPhone supply constraints and reduced demand within the Middle Kingdom.

The affordable iPhone, casually known as either the iPhone 9 or iPhone SE 2, is going to have to wait. 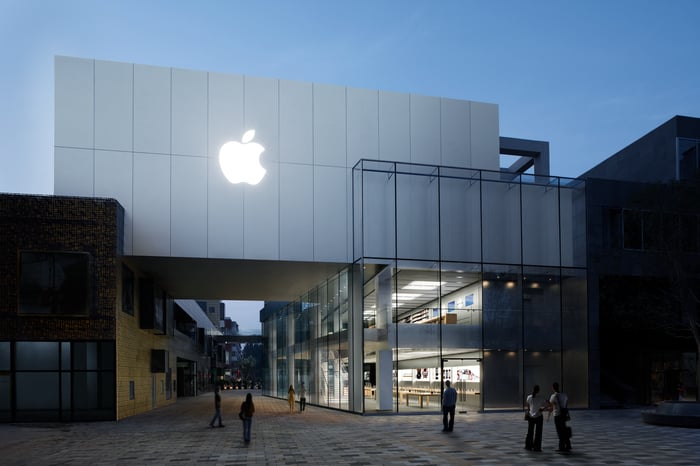 The Nikkei Asian Review reported this week that Apple's timeline for the iPhone 9 has now been pushed back due to the outbreak. Mass production was initially scheduled to start by the end of this month, but the production ramp is now delayed until March because manufacturing facilities have been reopening slowly following the Chinese New Year holiday, according to the report.

The iPhone 9 will use the same strategy of incorporating state-of-the-art components like the A13 Bionic chip into an older chassis like the iPhone 8 in order to address lower price points. By recycling an older industrial design, Apple can keep production costs low since the manufacturing infrastructure is largely still in place. The affordable model is expected to drive sales until the flagship 5G models are released this fall.

Apple was reportedly hoping to have 15 million units of the iPhone 9 ready for the first half of 2020, but that target may now be difficult to hit as suppliers struggle to resume operations and get back to full capacity -- most are operating around 30% to 50% capacity right now. "The delay can't be too long, otherwise it will affect the sales strategy of Apple's new products in the second half of this year," a source told the outlet.

Rumors suggest that the Cupertino tech giant will host a spring event on March 31 to unveil the iPhone 9 ahead of an April launch.

In other coronavirus news

Separately, Taiwan News reports that Apple is shifting production of other products like AirPods, iPads, and Apple Watches to Taiwan as part of its ongoing efforts to diversify its supply chain outside of mainland China. The company had already been making similar moves as it dealt with President Trump's trade war with China, but the coronavirus is adding another reason to do so. Relying so heavily on a manufacturing base concentrated in China has always presented risks, and several of those risks are now manifesting simultaneously.

Apple is slowly reopening certain Apple Stores in China under limited hours, including 10 more this week, according to MacRumors. The company had reopened its retail locations in Beijing last week. "Additionally, stores that are open have been operating at reduced hours and with very low customer traffic," Apple said earlier this week. "We are gradually reopening our retail stores and will continue to do so as steadily and safely as we can."