Apple issued a warning for Q2 earnings related to the coronavirus. Will it have a long-lasting impact on Apple's business or stock price?

Earlier this week we got one of the first public statements by a major U.S. company on the financial impact the novel coronavirus is having on its business. On Monday, Apple (AAPL 1.30%) officially slashed its sales outlook for the current fiscal second quarter.

Citing a slower ramp-up of production since the end of the Chinese New Year, Apple said it doesn't expect to meet its revenue guidance in the current quarter. The iPhone maker also blamed lackluster demand, with most of its stores in China and many of its partner stores shuttered. Reduced hours at the few that remain open are also affecting sales.

That warning didn't sit well with investors or Wall Street, and Apple's shares fell about 3% immediately following the announcement. But the sell-off was short-lived, with the stock recouping about half of the losses by Thursday -- and for good reason. Despite some short-term pain, the coronavirus (officially known as COVID-19) shouldn't leave a lasting impact on Apple's business or its stock. Here's why. 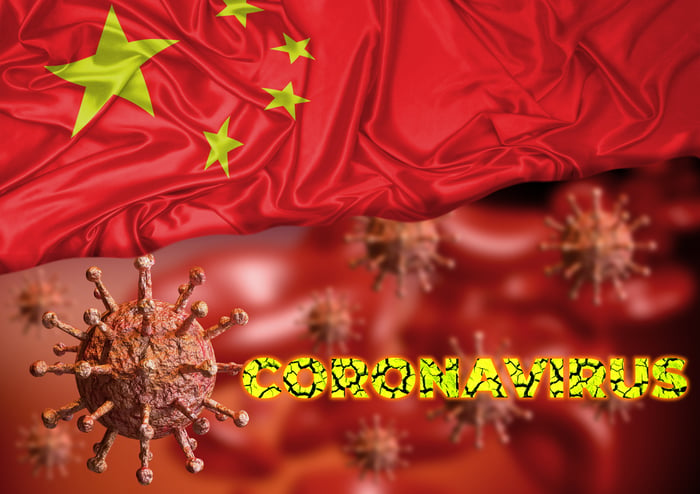 There's a lot of demand for Apple's iPhone 11

If the coronavirus had hit at the start of 2019, there would be many reasons for investors to worry. After all, Apple was struggling in the Chinese market, with few consumers seeing the need to spend $1,000-plus for an iPhone 10. That prompted Apple to issue a warning that tanked its stock. But this is 2020, and Apple's iPhone business is experiencing a big resurgence. Demand for iPhone 11 around the world, including in China, was robust as late as a month ago.

In late December, Apple reported revenue of $91.8 billion for its fiscal first quarter, which included the holiday selling period, marking a record 9% increase year over year. It was driven in large part by strong demand for the iPhone 11 and iPhone 11 Pro models. That demand was the basis for Apple's revenue target of $63 billion to $67 billion for its current second quarter. But Apple purposely provided a wider range than usual because of the coronavirus outbreak.

While coronavirus is hurting consumers' ability to get to stores and is slowing the ramp-up of production, that doesn't mean consumers don't want to purchase the iPhone 11. This time, it's largely a supply issue rather than a demand issue, and once that's resolved, sales should recover.

In addition to iPhones, Apple is seeing strong demand in its wearables category, which includes its AirPods and Apple Watch, and that could cushion the blow from lower iPhone 11 sales in China. When issuing the warning, Apple said that outside of China, customer demand across its products and service categories has been strong and in line with expectations. "Apple is fundamentally strong, and this disruption to our business is only temporary," the company said in the statement.

The coronavirus is expected to be a one-quarter thing

The coronavirus is causing a great amount of death and misery and is wreaking havoc upon a host of industries. Apple is experiencing a double-whammy given most of its production and scores of its customers are in China. Still, as painful as it is, the coronavirus epidemic isn't expected to last too long. Most bullish analysts expect business to bounce back for Apple in the fiscal 2020 second quarter and the subsequent quarters.

It could even be a shot in the arm for sales if it creates a situation where there's pent-up demand. Such a scenario may even result in more sales of its upcoming iPhone 12, which is predicted to usher in a supercycle for Apple. Much of the appreciation in shares of Apple this year has been driven by expectations that the iPhone 12 will spur a huge amount of demand for Apple devices.

We believe any material weakness in AAPL shares as a result of the Mar-20 quarter revenue shortfall will prove to be a buying opportunity, as, in all likelihood, this is a temporary situation that will leave future quarters largely unaffected. In fact, the iPhone supply constraints in the current quarter could result in pent-up demand for future quarters.

Investors saw it as a buying opportunity

One of the major takeaways from Wall Street on the heels of Apple's warning was that any weakness presents a buying opportunity. After all, with a median price target of $350 for Apple even before the warning, analysts were expecting an 8% upside. That may come down as investors and Wall Street digest the latest issues, but if you believe this is purely a supply problem, and that business will recover from it in the short term, then any near-term sell-offs could provide a lower-cost way to own shares of this tech stock.