Millions of patients who don't respond well enough to statins now have another affordable alternative.

The U.S. Food and Drug Administration announced on Friday afternoon that it had officially approved a new cholesterol-lowering drug developed by Esperion Therapeutics (ESPR 2.70%). Nexletol (also known as bempedoic acid) is intended to be used as an add-on treatment for patients already taking cholesterol-lowering drugs such as statins. While millions of Americans take statins, for a significant number of them, these drugs don't work well enough.

Nexletol is recommended for patients with high levels of LDL cholesterol (also known as the "bad" cholesterol) and elevated risk of heart attack or stroke. The once-per-day pill is the first oral non-statin cholesterol drug approved by the FDA in almost two decades. It's also Esperion's first drug to be approved for sale in the U.S. Its 2020 sales are expected to come in at around $33 million. 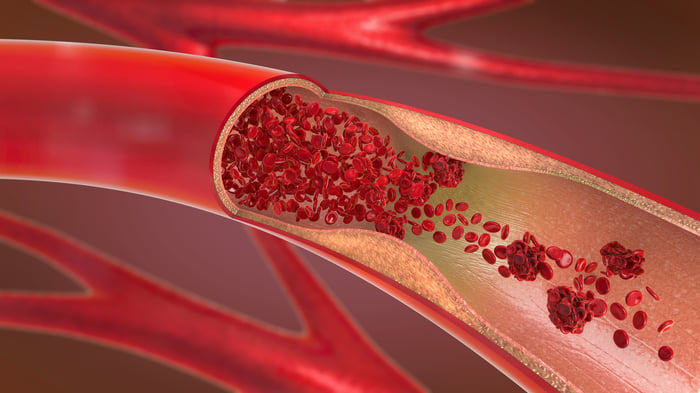 Nexletol is also seen as a possible alternative for patients who don't respond well to other cholesterol-lowering drugs. It's expected to be priced at $10 per pill (or $3,650 per year), significantly cheaper than some newer cholesterol drugs such as Amgen's Repatha, which costs as much as $5,850 for a year's supply.

Why is the stock falling?

Despite what should be seen as great news for Esperion, shares of the biotech company ended Friday down by 9.6%. It's unclear exactly why, though it's possible that investors were reacting negatively to the drug's rather long list of side effects, which includes high blood pressure, muscle and joint pain, tendon rupture, and in some clinical studies, death from heart problems.