The cloud storage company plans to keep costs in check in order to expand operating margin.

Despite being 13 years old, Dropbox (DBX) has never been profitable, at least on a GAAP basis. On an adjusted basis, the cloud storage pioneer has been able to post black ink, but Dropbox has still struggled to win over everyday investors -- shares have mostly lagged the broader market ever since the company went public in 2018.

In fact, the stock is currently only trading modestly higher than its IPO price of $21, thanks in large part to skyrocketing following Dropbox's fourth-quarter earnings report last week. 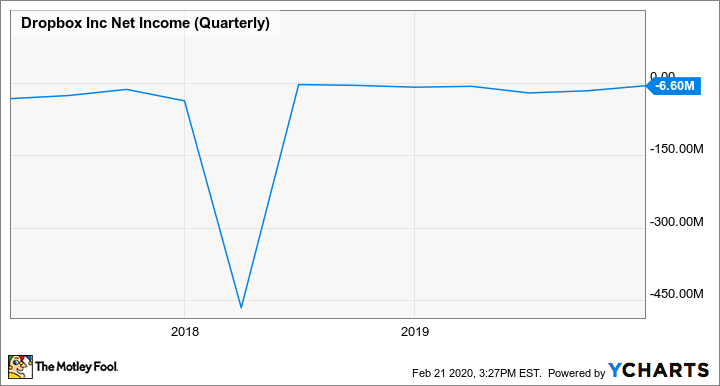 An inflection point with profitability?

Much of the investor enthusiasm can be traced back to a strategic shift in how Dropbox is approaching its business. On the conference call with analysts, co-founder and CEO Drew Houston said that management is now shifting its focus to prioritize profitability (emphasis added):

Looking ahead, [CFO] Ajay [Vashee] and I want to ensure we continue to strengthen the investment thesis we bring to market and deliver shareholder value. As we drive adoption of our new products and continue to invest in growth. We'll be driving higher productivity and free cash flow in 2020. And by the end of this year, our goal is to become a profitable business on a GAAP basis.

Houston said that Dropbox will work to accelerate margin expansion and now hopes to post adjusted operating margin of 28% to 30% and free cash flow of $1 billion for 2020. In order to do so, Dropbox will need to exercise considerable cost discipline. Vashee detailed changes to the company's long-term targets for various line items.

The company will try to be more prudent in hiring within research and development in order to keep costs in check while still working to drive adoption of Dropbox. Thanks to its bottom-up adoption within enterprises driven by word-of-mouth referrals, Dropbox enjoys relatively lower sales and marketing expense as a percentage of revenue compared to other enterprise software companies. 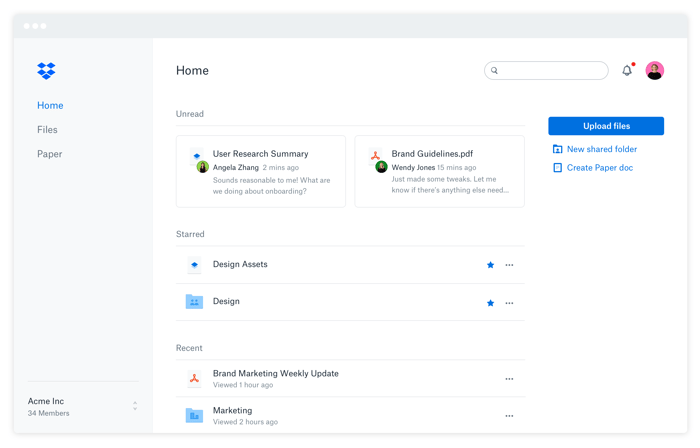 "I want to be clear that as we execute against our new targets, we won't be reducing investment in our growth engine and new product development. Rather, we've carefully considered where we can drive material efficiency improvements across the business while preserving investment in our highest potential product and growth bets," Vashee said.

Dropbox also announced a $600 million share buyback program, which represents over 5% of the tech company's market cap. That authorization is large enough that Dropbox should be able to reduce shares outstanding, driving earnings accretion in the process.