It has notified dealers and owners of problems with certain models.

Editor's note: This article has been updated to make clear that Polaris has kept the Consumer Product Safety Commission informed of the stop sale/stop ride orders it has issued.

Polaris Industries (PII -4.12%) had a massive problem with its off-road vehicles catching fire several years ago that caused several deaths and numerous injuries, and led to it initiating dozens of recalls. So pervasive was the problem that the company ended up being fined $27 million by the Consumer Product Safety Commission (CPSC) for failing to notify it in a timely manner of the situation.

Although Polaris reported no recalls related to fires last year, suggesting the reforms it initiated had resolved the problem, that doesn't seem to be the case at all. Polaris in the past several months has issued stop sale/stop ride orders for issues that include fire hazards.

These orders that go to dealers and buyers are also relayed to the CPSC and Polaris says they are a "component of our recall process." ORV sales are only just beginning to recover, and a recurrence of the "thermal hazard" problem for Polaris could cause a drop in sales of the vehicles it is counting on for growth. 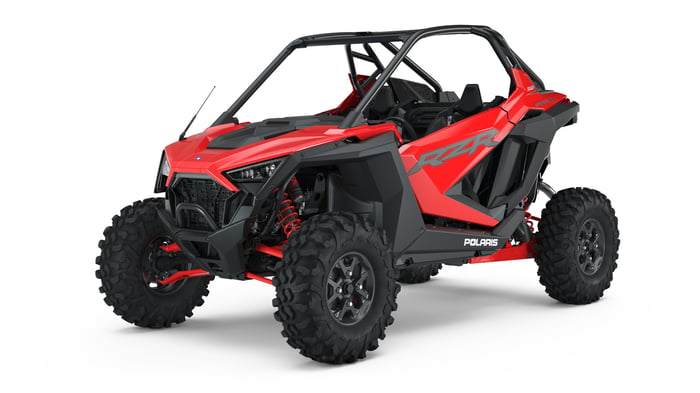 The extent of Polaris' problems, which began over four years ago, can't be understated. The Consumer Federation of America (CFA) analyzed ORV recalls reported by the CPSC for the past 10 years. It found that of the 110 notices issued between Jan. 1, 2010 and Feb. 3, 2020, Polaris was the subject of 40 of them, or 36% of the total. Most occurred within the last five years.

To put that in perspective, Kawasaki (KWHIY -2.36%) was the subject of the second greatest number of recalls, but it only had 12, while BRP (DOOO -1.00%) was third with nine. Polaris actually had more recalls than the next four companies combined.

What's notable about the CFA analysis is that the last five recalls involving Polaris all occurred last year, and weren't even recalls. Rather, the powersports vehicle manufacturer issued stop sale/stop ride orders that go to dealers and owners.

Polaris told its dealers there was a problem with the vehicles and they should stop selling them, and told existing owners about the issue and advised them to stop riding the vehicles until they took them to a dealer to get them repaired.

The company says the CPSC was notified of the orders, but its first priority was to let those who own or sell the affected vehicles know what was going on.

The recall situation was expensive. Warranty costs still remain elevated, and last year they jumped 17% to $123 million. Those warranty costs have come down from 2016, though, when such expenses soared to $195 million. Claims paid fell 7% to $117 million.

It's also not just the direct costs of fixing the vehicles that impacted Polaris, but also the entire rehabilitation process to understand why it was having such manufacturing problems, as well as the costs of implementing remedial programs to ensure they didn't recur. The company even appointed a person to directly oversee the situation.

The fact that Polaris has continued to experience fire hazards suggests it didn't fully resolve the problem last time.

The latest notifications affected over 92,000 vehicles and reportedly were the result of a number of problems, including malfunctioning seat belts and fire hazards -- fuel lines were incorrectly routed, fuel rail fasteners were improperly torqued, and damage was being caused to fuel lines if the vehicle's drive belt failed.

Two of the vehicles that were the subject of stop sale/stop ride orders have also been the subject of a recall, but for brake failures and not fire hazards. These vehicles were the 2019 Pro XD utility vehicle and the 2017-2018 Brutus utility vehicle. All of the notices are available on Polaris' website, and so far they haven't affected sales. Polaris reported low- and mid-single-digit growth in its side-by-sides and ATVs, respectively, in the fourth quarter, largely in line with industry trends.

While Polaris Industries' stock was not affected by the recalls last time, the outcome might be different this time. Between 2016 and 2018, shares of Polaris soared 44%, but since then they have lost nearly a quarter of their value as the company's end markets weakened.

As its off-road vehicles begin to find traction again, another round of recalls could put that in jeopardy, and investors ought to be wary that the recovery they're just beginning to witness could falter.