Shares fell by as much as 45% in light of the news.

The small-cap drugmaker Mallinckrodt (MNK) is reportedly considering a Chapter 11 bankruptcy according to the Wall Street Journal. Due to extensive liabilities surrounding its many opioid lawsuits, the company is now in confidential talks with creditors regarding its generic drug business..

Although Mallinckrodt refused to comment to the WSJ, it's been widely known that the company has considered either selling off or separating its generic drug business -- which is involved in selling opioids -- from its specialty drug business. 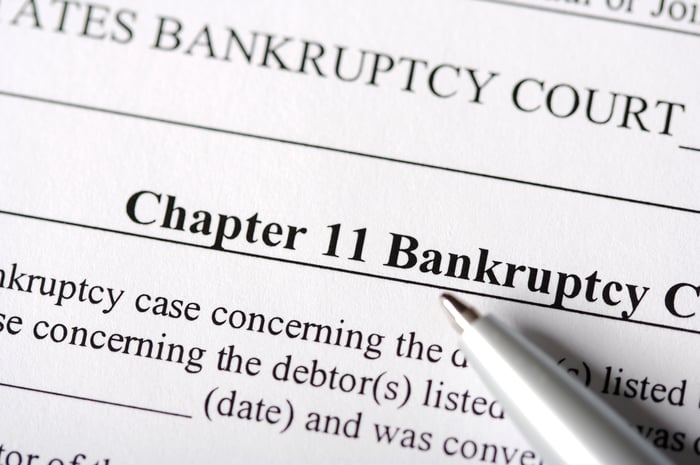 In September, Mallinckrodt hired restructuring firms to consider whether bankruptcy would be necessary to protect itself from its legal liabilities. While it was still uncertain then whether the drugmaker would truly resort to Chapter 11 bankruptcy, today's report seems to confirm that is indeed the case.

Mallinckrodt has been one of the more prominent opioid manufacturers in the U.S., alongside other companies such as Johnson & Johnson (JNJ -0.40%). If Mallinckrodt goes bankrupt, it wouldn't be the first time an opioid producer has gone under. Purdue Pharma went out of business after the company faced a $12 billion settlement for over 2,000 opioid-related lawsuits.

A couple of weeks ago, 21 states rejected an $18 billion proposal from AmerisourceBergen, McKesson, and Cardinal Health to settle all their opioid-related lawsuits. Around 400,000 U.S. deaths between 1997 and 2017 have been associated with opioid use.