Bankruptcies reached a high not seen since 2011, with opioid lawsuits playing a big role.

Biotech investors might have had an exciting year in 2019 with an impressive amount of new drug approvals. There were 14 notable bankruptcies last year as well, the highest since 2011. Although it's less common to see a company declare bankruptcy in the biotech sector than in other industries, there were a number of reasons why 2019 saw such a high bankruptcy rate.

Legal issues surrounding opioid lawsuits have been a major contributor to this high bankruptcy figure. Purdue Pharmawent out of business earlier in 2019 due to its involvement in manufacturing opioids. The company faces up to $12 billion in fines to settle its lawsuits. 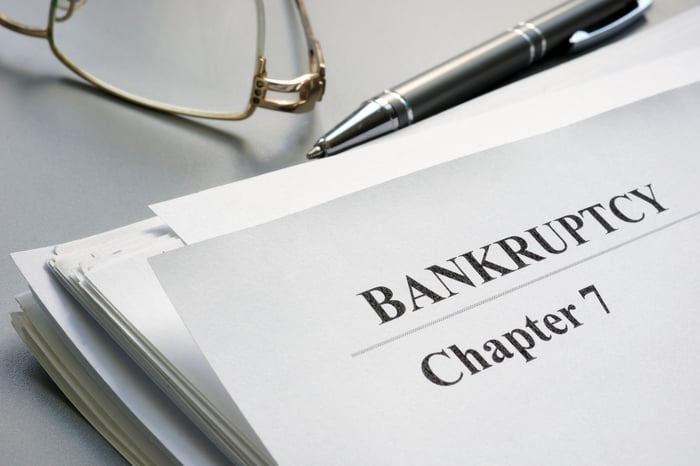 Other smaller opioid manufacturers, such as Insys Therapeutics, have also filed for bankruptcy protection. In this case, the company's founder recently received a 5 year prison sentence for his role in bribing medical professionals and misleading insurance providers.

With many opioid lawsuits still ongoing, there's a strong possibility that 2020 could have just as many bankruptcies -- or even more -- than 2019 did. Major healthcare giants such as Johnson & Johnson (JNJ 1.46%) have been hit with legal fines for their role in the opioid epidemic.

Some of the largest opioid manufacturers, such as Mckesson (MCK 2.19%) and Mallinckrodt (MNK), could face fines in the billions of dollars. Mallinckrodt, in particular, has lost the vast majority of its market value over the past 12-months, and could quite easily go bankrupt if it's hit by a large legal fine. Some analysts have argued that the stock could quickly fall down to the penny stock range in the future as litigation risks loom.