A generic approval for Perrigo of Teva's ProAir HFA was highly anticipated.

Teva Pharmaceutical (TEVA 0.29%), which is known for its generic-drug business but has some branded drugs as well, is getting a taste of its own medicine as the Food and Drug Administration approved a generic version of its asthma drug ProAir HFA, which was developed by Perrigo (PRGO -0.97%).

ProAir HFA is one of the most commonly used rescue inhalers in the U.S., with North America sales up 77% year over year to $80 million in the fourth quarter of last year, although the increase was due to higher sales reserves recorded in anticipation of generic competition. For the year, sales of the branded drug were down 31% as Teva launched an authorized generic of the drug in January 2019. 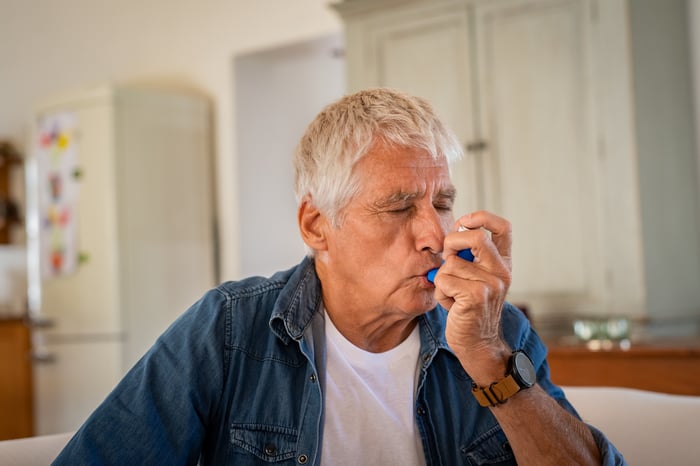 Inhalers tend to be hard to copy because they require duplication of both the active substance, which is needed for all generic drugs, and the delivery device. For example, Advair, an asthma drug from GlaxoSmithKline (GSK -0.56%), was able to get a few years of extra exclusivity because generic-drug makers weren't able to meet the FDA's requirements until Mylan achieved the goal last year.

Through the Generic Drug User Fee Amendments, the FDA has pledged to support the development of complex generic-drug products such as inhalers. The agency is also committed to adjusting its focus on approvals from first-in-first-out to drugs, such as ProAir HFA, that don't have any generic competition. In fact, the office of generic drugs gives priority to applications up to the third generic drug because that's where the largest price drop occurs.