The upscale property franchiser is developing a new hotel in the popular resort city of Izmir.

Hyatt (H -2.50%) announced on Monday that one of its affiliates has inked a franchise agreement with Turkey-based hotel developer Orjin Group to open a 161-room property in Izmir, Turkey, under the Hyatt Regency flag in 2021. This will be the global hotelier's first branded property in the tourist destination on Turkey's Aegean Coast.

The hotel, which will be named Hyatt Regency Izmir Istinye Park, will overlook the Gulf of Izmir, and feature 21,500 square feet of flexible event space aimed at both business and leisure travelers. 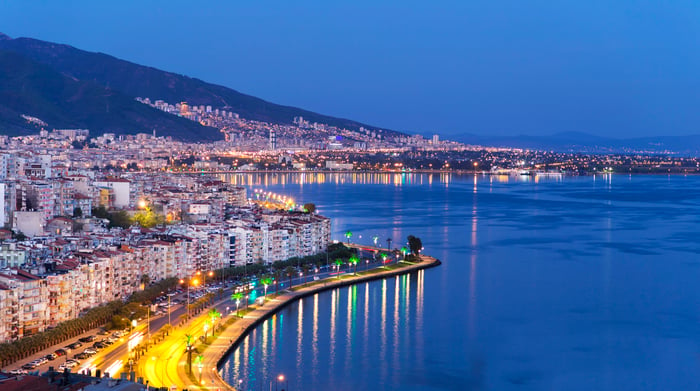 A tactic in a focused strategy

The announcement reflects Hyatt's broad strategy to counter tepid growth in revenue per available room (RevPAR) faced by the hotel industry in recent quarters. The luxury hospitality giant is intent on offsetting lower occupancy and daily rates (the two components of RevPAR) by increasing its global room units. As revealed in its fourth-quarter 2019 earnings last week, Hyatt expanded its available room inventory by 7.5% last year, while widening its total development pipeline by 13%, to roughly 101,000 hotel rooms.

Management cited Europe in last week's earnings conference call as one of the bright spots in Hyatt's fourth-quarter RevPAR growth. Given its expanding economy and status as a geographical bridge between Europe and Asia (thus attracting both leisure and commercial travel business), Turkey is emerging as a focal point in Hyatt's Europe, Africa, Middle East and Southwest Asia segment. The Hyatt Regency Izmir Istinye Park will mark Hyatt's seventh luxury property in Turkey, and its first outside of the burgeoning Istanbul metropolitan area.