The diverse group of hotels and resorts are in destinations ranging from Florida to China, Sweden, and Canada.

Looking to increase its presence in popular destinations around the planet, Hyatt Hotels (H -4.46%) said today it's working on expanding its lineup of so-called "independent collection" brands. While several will be built in the U.S., most will be in other countries.

The three independent collection brands are Destination by Hyatt, the Unbound Collection by Hyatt, and the JdV by Hyatt (for Joie de Vivre). As is typical for these brands, the hotels each have their own specific focus and may be resorts as well.

Many are clearly aimed at the tourist trade, which sustained heavy losses during 2020 as governments closed down borders or otherwise restricted travel in response to the pandemic. The Hyatt press release notes, in somewhat florid language, that many of the new locations will be designed for "encouraging unique discovery of the local culture or history of the hotel's location, truly illustrating the spirit of these three distinct brands." 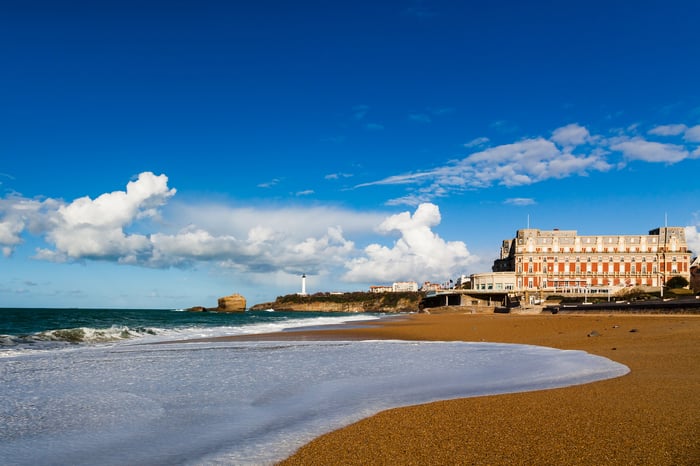 Hyatt lists 17 hotels it plans to open in 2021 under this new initiative. Five of these will be in the United States: three in California, one in South Carolina, and one in West Palm Beach, Florida.

Internationally, hotels will open in France, Canada, China, Sweden, and Mexico, with Sweden, Canada, and China each seeing the ribbon cut on multiple new facilities. Underlining the tourist and luxury focus, Hyatt says one of the Chinese hotels "is connected by a private path to an unrestored section of the Great Wall," while the single French hotel is the restored Hotel du Palais in Biarritz, originally a seaside summer palace built by Emperor Napoleon III.

The company plans to continue its expansion binge through 2025. During the recent fourth-quarter earnings conference call, Hyatt said it reached 5.2% net growth in rooms during 2020 despite COVID-19, with the Asia-Pacific region at the forefront of openings.