Americans should prepare for the possibility that their lives will be disrupted due to the pandemic, says the CDC's Nancy Messonnier.

Officials from the Centers for Disease Control and Prevention (CDC) spoke with reporters on Tuesday about the escalating viral outbreak that started in Wuhan, China. "We are asking the American public to prepare for the expectation that this might be bad," a CDC official said.

Nancy Messonnier, the director of the CDC's National Center for Immunization and Respiratory Diseases, said "We really want to prepare the American public for the possibility that their lives will be disrupted because of this pandemic." She added that COVID-19 will definitely spread to the United States. "It's not a question of if this will happen but when this will happen and how many people in this country will have severe illnesses."

There have been 80,238 confirmed cases of COVID-19 in 34 countries so far, and it has caused at least 2,700 deaths, according to World Health Organization (WHO). The number of case is soaring in South Korea -- 977 people have been confirmed to have the disease, and 10 deaths have been reported. 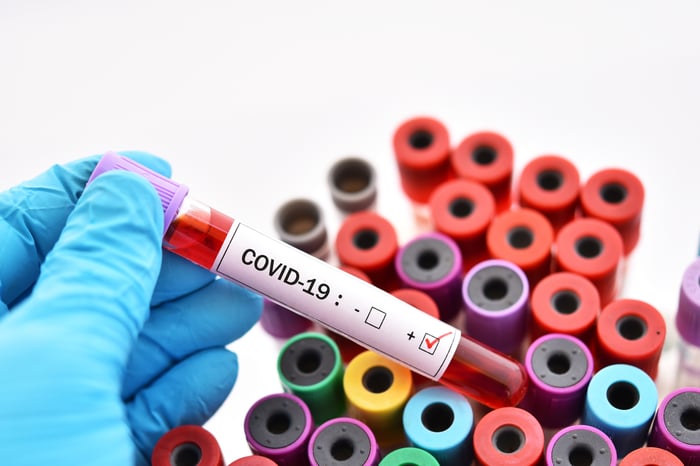 The race for a vaccine

Shares of Moderna (MRNA 3.27%) shot up 19% on Tuesday after the company announced that its experimental vaccine for the coronavirus, mRNA-1273, had been shipped to researchers at the National Institute of Allergy and Infectious Diseases (NIAID). The company estimates that the first clinical trial will start in April, with results by August.

A WHO official in China reported Monday that there are signs that a drug from Gilead Sciences (GILD 5.16%), remdesivir, might successfully treat people with COVID-19. "There is only one drug right now that we think may have real efficacy and that's remdesivir," Bruce Aylward said at a press conference in Beijing.