In addition to reporting fourth-quarter results after market close on Tuesday, salesforce.com (CRM -3.33%) surprised investors with news that co-CEO Keith Block is stepping down from his position at the helm of the software-as-a-service company, where he served alongside co-CEO and co-founder Marc Benioff. 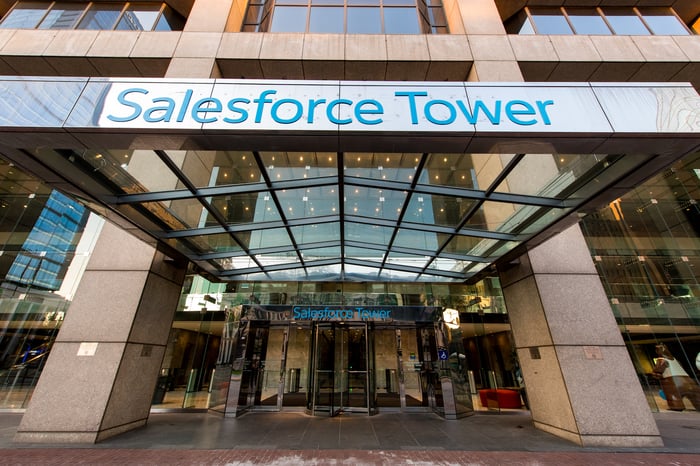 Between the time Block joined the tech company in 2013 and last year, Salesforce's annual revenue more than quadrupled, rising from $4 billion to more than $17 billion. While Block has been with Salesforce since 2013, his tenure as CEO is rather short. He was promoted to chief operating offer in 2016 and to co-CEO in August 2018.

Salesforce is in the fortunate position of having a dual-CEO role. This helps mitigate any disruption to operations as a result of the leadership change. Co-founder and co-CEO Marc Benioff will now assume the role as Salesforce's sole CEO.

Block will remain an advisor to the company, Salesforce said. Beyond remaining an advisor, it's unclear what Block will do next. In Salesforce's press release he simply said he is ready for his "next chapter..."

Why Salesforce, HubSpot, and MongoDB Stocks Were Climbing Today