The smile provider reported earnings for the last three months of 2019 that failed to meet already dampened expectations.

After the bell on Tuesday, SmileDirectClub (SDC -0.97%) reported results from the last three months of 2019 that failed to meet expectations that the company laid out in November. Although top line revenues rose 53.1% year-over-year to $197 million, the company also reported a wider than expected loss on the bottom line.

In November, SmileDirectClub told investors its adjusted loss before interest, taxes, depreciation, and amortization (EBITDA) in 2019 would fall in a range that topped out at $80 million. On Tuesday, the company reported a net loss of $538 million and adjusted EBITDA that was $103 million in the red -- which should be enough to make any shareholder nervous. 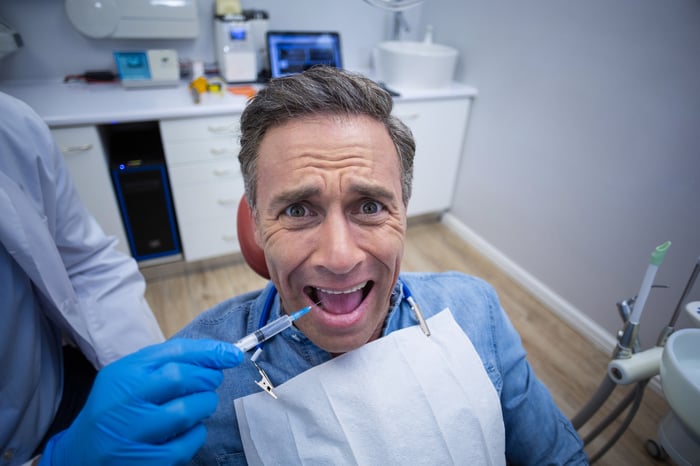 During the first half of 2019, SmileDirectClub reported positive EBITDA but its mail-order braces business started losing money just ahead of its highly successful initial public offering last year. The company reported an adjusted EBITDA loss of $45.2 million in the third quarter that ballooned to $60.0 million during the last three months of 2019.

SmileDirectClub expects revenue to rise from $750 million last year, to a range between $1.0 billion and $1.1 billion in 2020. The launch of a new line of products exclusive to Walmart in January could go a long way to help the company meet its revenue target.

Unfortunately for shareholders that were hoping for positive cash flows in the near term, the company expects adjusted EBITDA to improve but remain in negative territory again this year.