Please ensure Javascript is enabled for purposes of website accessibility
Log In Help Join The Motley Fool
Free Article Join Over 1 Million Premium Members And Get More In-Depth Stock Guidance and Research
By Eric Volkman - Feb 26, 2020 at 9:50AM

The state's cannabis industry regulator says the contaminated product was on sale at 30 dispensaries.

Officials in Nevada have published a fresh warning about tainted marijuana products. The state's Department of Taxation, which acts as the local cannabis industry regulator, advised consumers that several batches of cannabis flower that had made it to dispensary shelves recently failed microbial testing conducted by a third-party laboratory. The cannabis in question was sold both in flower form and rolled into joints.

The department said as many as 30 dispensaries across the state might have had tainted cannabis from a number of sources for sale from Oct. 25 through Jan. 16. The cannabis failed a variety of tests, including those for yeast and mold, coliforms, and aspergillus. No illnesses connected to the contaminated marijuana have been reported, but the department emphasized that people with suppressed immune systems should not partake of it. 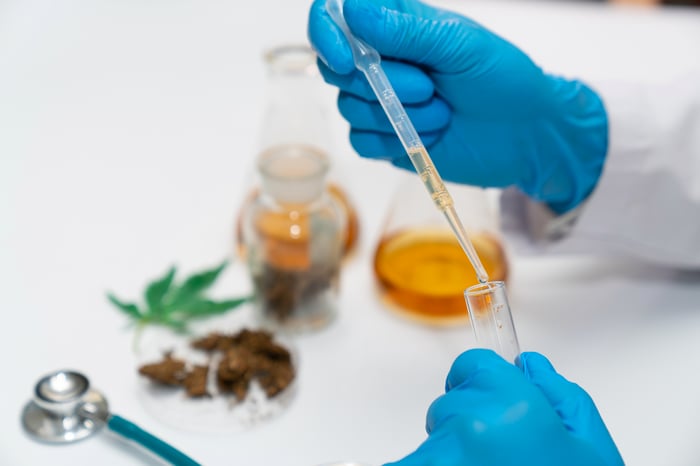 Most of the dispensaries where the Department said the affected marijuana was sold are operated by small businesses. A clutch of them, however, belong to larger, publicly traded entities.

The Rise dispensary chain operated by Green Thumb Industries (GTBIF 2.50%) has two locations in Nevada -- one in the capital, Carson City, and one in the town of Spanish Springs, just north of Reno. Both Green Thumb/Rise stores are on the department's list.

Curaleaf (CURLF 1.24%) has at least one Nevada dispensary that might have carried the tainted cannabis -- the company's Acres store in Las Vegas is on the list.

This was the fifth such advisory notice that the Department has disseminated about possibly contaminated cannabis products. Neither Green Thumb nor Curaleaf has yet made an official statement regarding this latest one.