The real estate brokerage is facing a menacing threat from lower-cost rivals.

Shares of Realogy Holdings (RLGY -2.08%) shed more than 11% of their value on Wednesday, following the company's release of its fourth-quarter results.

As the largest full-service residential real estate services company in the U.S., Realogy is particularly exposed to the threat posed by discount brokerages. Rapidly growing rivals such as Redfin (RDFN -4.45%) are providing significant cost savings to home sellers. Redfin charges home listing fees as low as 1%, which is significantly below the roughly 2.5% that Realogy's agents and other traditional brokerages' agents charge. 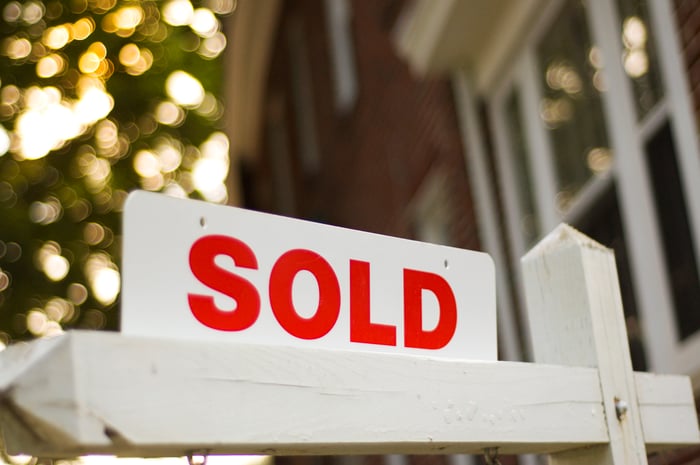 This led Realogy to lose market share in 2019. Worse still, its average broker commissions are declining under pressure from Redfin and other low-cost competitors.

In turn, Realogy's revenue declined 3% year over year in 2019, to $5.6 billion. Its operating earnings before interest, taxes, depreciation, and amortization (EBITDA), meanwhile, fell 10% to $562 million.

The days of agents taking as much as a 6% cut of the price of a home sale are quickly coming to an end. It's an antiquated model that's ripe for disruption, and many home sellers are fed up with spending thousands of dollars on services that can now be obtained for far less. Internet-based brokerages like Redfin are the wave of the future, and Realogy's market share and commission structure will likely remain under pressure in the coming years.

Why Shares of Realogy Holdings Are Falling Today

Why Shares of Realogy Holdings Are Rising Today