Revenue in the fourth quarter came in at $160.2 million, which resulted in adjusted net income of $10 million, or $0.18 per share. Analysts were hoping for $0.20 per share in adjusted profit. The 3D printing technology company had appointed a new CEO, Yoav Zeif, back in December. He took over the role last week. 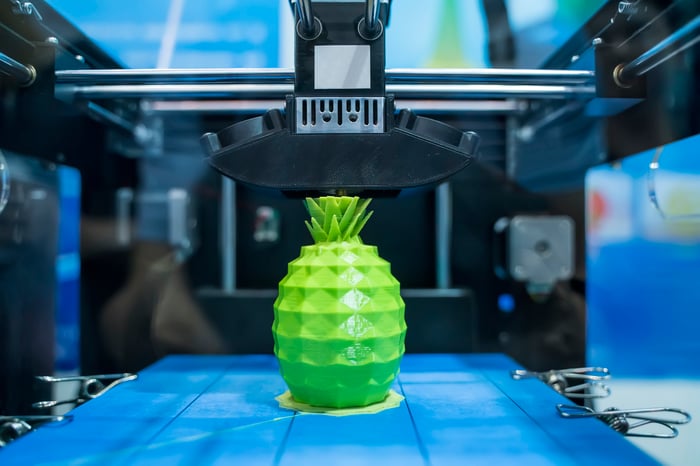 "Since joining Stratasys I have taken the opportunity to begin an in-depth review of the business and am already impressed by the deep level of knowledge, professionalism, and dedication exhibited at all levels of the organization," Zeif said in a statement. "I strongly believe in the solid foundation for growth that has been created at Stratasys, including an innovative and expanding product portfolio, disciplined financial management, and the industry's leading distribution partners."

"Starting in the back half of this year we expect to introduce our next phase of growth with a notable step-change in our portfolio as we begin to launch a series of new products for both manufacturing and design prototyping solutions," the new chief executive added. "I am extremely optimistic regarding the outlook of the business, and I believe that there is tremendous potential to drive significant near-term and long-term value for all of our stakeholders."

Why Stratasys Stock Was Up 10% on Monday