Please ensure Javascript is enabled for purposes of website accessibility
Log In Help Join The Motley Fool
Free Article Join Over 1 Million Premium Members And Get More In-Depth Stock Guidance and Research
By David Haen - Updated Feb 28, 2020 at 9:36AM

GW Pharmaceuticals (GWPH) boasts the first plant-based cannabinoid pharmaceutical agent on the market with its treatment, Epidiolex. The Food and Drug Administration approved Epidiolex in June 2018 as a treatment for seizures associated with Dravet syndrome and Lennox-Gastaut syndrome (LGS) in patients aged two or older. The European Medicines Agency followed suit, granting approval last September -- it sells in the EU under the name Epidyolex. GW has raked in more than $301.1 million since it began selling the drug on Nov. 1, 2018.

However, Fintepla, a competitive drug from Zogenix (ZGNX), lurks on the horizon. 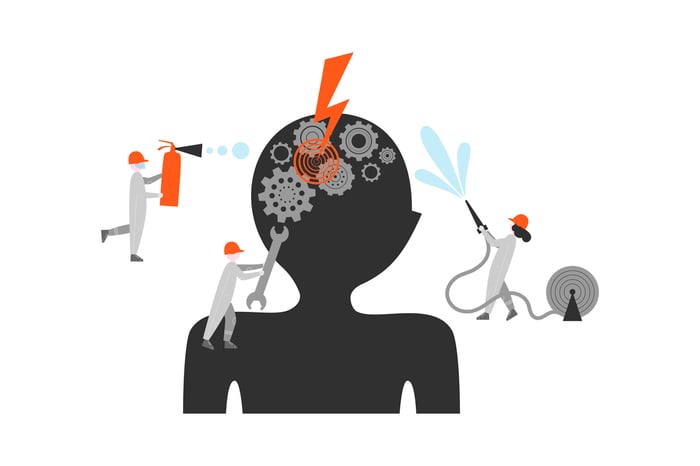 Fintepla is an oral, low-dose solution of fenfluramine. If that name sounds vaguely familiar, it's because fenfluramine was one half of the infamous weight-loss treatment fen-phen, which was pulled from the market for cardiac safety reasons.

Fintepla heads to the FDA

On Nov. 25, 2019, the FDA accepted Zogenix's New Drug Application for the approval of Fintepla to treat seizures associated with Dravet syndrome. The FDA does not plan to convene an advisory panel to discuss the data prior to its decision, a choice that some may interpret as positive for its prospects. The FDA originally gave itself a deadline of March 25 to make its decision. However, on Thursday, Zogenix informed investors the deadline has been pushed until June 25 to allow the FDA more time to review additional data the company submitted to support the application.

Fintepla successfully achieved the primary and secondary endpoints in two phase 3 clinical trials. In a pooled analysis of the two trials presented in December at the annual meeting of the American Epilepsy Society, Zogenix showed that Fintepla dramatically reduced the frequency of seizures in patients with Dravet syndrome. The benefit was seen across patients, including those taking a variety of other anti-epileptic drugs at the same time. Importantly, no signs of cardiotoxicity were seen in any patients. This is critical because fen-phen was withdrawn from the market for cardiac issues.

Fintepla's phase 3 trial results in Dravet syndrome garnered significant attention from the medical community, being published in December in medical journals The Lancet and The Journal of the American Medical Association (JAMA) Neurology. In addition, Zogenix announced on Feb. 6 that its phase 3 trial in Lennox-Gastaut syndrome met its primary endpoint with a statistically significant reduction in seizures compared to placebo. Several secondary endpoints were also met. It's unclear, though, if the results were positive enough to merit filing for approval or if another trial will be required.

Can the market support both drugs?

Attaining precise numbers remains challenging for rare diseases like Dravet syndrome and LGS. A 2015 study published in the journal Pediatrics stated the incidence of Dravet syndrome in the U.S. was one in 15,700 people. That translates to about 20,000 patients among a U.S. population of nearly 330 million. The LGS Foundation claims approximately 48,000 children and adults in the U.S. suffer from LGS. GW's latest presentation estimates 15,000 to 20,000 people have Dravet syndrome and somewhere between 30,000 to 50,000 have LGS.

While those are not the largest markets for treatments, Epidiolex and Fintepla could co-exist and be commercially successful. Of course, each wants to dominate the field. The drugs' side-effect profiles could be what differentiates them in the marketplace. Doctors may avoid prescribing the Epidiolex for patients with known liver issues since it can elevate liver enzymes, a marker of liver disease. Likewise, even though no cardiac toxicity has been seen with Fintepla, doctors may shy away from prescribing it to patients with heart or cardiovascular conditions based on the historical issues with fen-phen.

Biotech investors should be cautious when trying to analyze drugs' effectiveness across different clinical trials. Often, there are small but potentially impactful differences in the inclusion criteria regarding which patients can participate, the outcome measures being used, and the timing of assessments. Therefore, I am not going to say one performed better than the other in terms of efficacy. Epidiolex's approvals in the U.S. and Europe provide clear evidence the drug has a favorable risk-reward profile. We still need to see that with Fintepla.

In its most recent quarter, Epidiolex achieved $104.5 million in revenue, about a 21% increase over the prior quarter. GW expects the drug's sales will continue to rise in 2020, its second full year on the market. Additionally, on Feb. 3, GW filed for FDA for approval of Epidiolex as a treatment for the rare genetic condition called tuberous sclerosis complex (TSC). GW estimates that 40,000 to 50,000 people globally live with TSC, a condition that causes benign tumors to grow, often in the brain, where they lead to seizures. Clearly, GW wants to protect what it has built with Epidiolex, and its head-start should help.

As Zogenix highlighted in its December presentation, Fintepla appears to provide benefits even for patients actively taking other drugs. This, combined with the fact that Epidiolex works via a different mechanism, means the possibility exists for the two drugs to be given together. There could even be a positive synergistic effect. Likely though, doctors will be reluctant to try that in the absence of clinical trial data and insurers will not want to pay for two expensive drugs without supporting evidence.

For now, GW Pharmaceuticals shareholders should not get too rattled by the new competition. If Fintepla gets approved in June, it will be limited to Dravet syndrome, the smaller of the two indications. It is too early to tell if the data will support its approval for LGS. That doesn't mean that Fintepla isn't a beneficial drug, nor does it suggest that it won't be commercially successful. It may be a good product for Zogenix, but it will need to attain the LGS approval to have a chance to be a great one. Because of the FDA delay and the unknown path to market for Fintepla in LGS, I prefer GW over Zogenix as an investment at this time.