Please ensure Javascript is enabled for purposes of website accessibility
Log In Help Join The Motley Fool
Free Article Join Over 1 Million Premium Members And Get More In-Depth Stock Guidance and Research
By Nicholas Rossolillo – Feb 28, 2020 at 8:08AM

The fitness-tracker pioneer's tenuous ride as a public company will come to an end, one way or another.

After a post-IPO letdown and years of disappointing performance, wearable fitness-tracker pioneer Fitbit (FIT) announced it would be acquired by Alphabet's (GOOG -1.39%) (GOOGL -1.40%) Google. The $2.1 billion deal raised some eyebrows, but it's ultimately pocket change for the internet search giant. For longtime owners of Fitbit, though, the deal (equating to $7.35 in cash per share of Fitbit) is at least some reprieve after a very forgettable run.  But the deal may not proceed as smoothly as investors might hope. 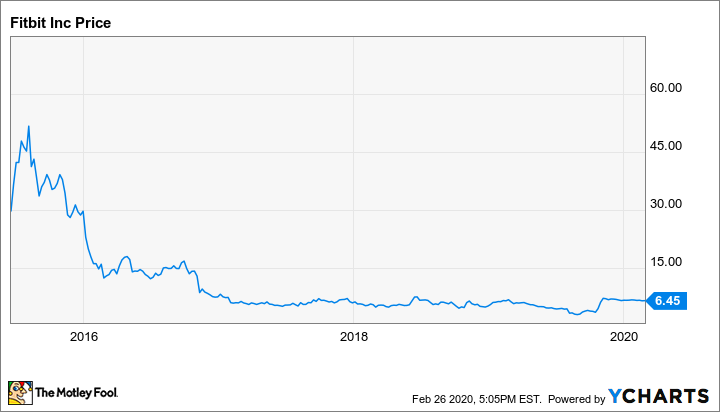 Google already has its own device-making segment to which it wants to add Fitbit, in order to complement its fast-growing cloud business and its bread-and-butter advertising. And paired with the massive amount of data Google has on online traffic and user behavior, regulators around the world have been asking questions -- specifically in the U.S. and Europe.

As to the latter, the board responsible for enforcing Europe's new general data privacy regulation raised concerns about Google's takeover of Fitbit because its devices collect so much personal health information.

Google obviously has insisted it takes privacy seriously, and maintains it has no intention to sell user data to advertisers, insurers, and the like. Besides aspiring to build a wearables business where nearly everyone else except for Apple (AAPL -1.51%) has struggled, Google likely is eyeing building out a connected healthcare segment -- much like Apple is doing based on its Apple Watch.

Nevertheless, concerns that regulators will put the kibosh on a Fitbit-Google tie-up has Fitbit stock currently trading for around $6.40, a full 15% discount from the proposed takeover price.

I'm not blindly arguing in favor of the deal; privacy is a serious concern, and the idea of sensitive health data getting into the wrong hands isn't a pleasant thought for anyone. But as I argued a few months ago, regulators will likely need to grapple with a difficult scenario: Fitbit winding up at Google, Fitbit winding up with another party (no real warm-and-fuzzy alternatives come to my mind), or no Fitbit at all to counterbalance a just-as-powerful tech giant (Apple) with healthcare on its mind. 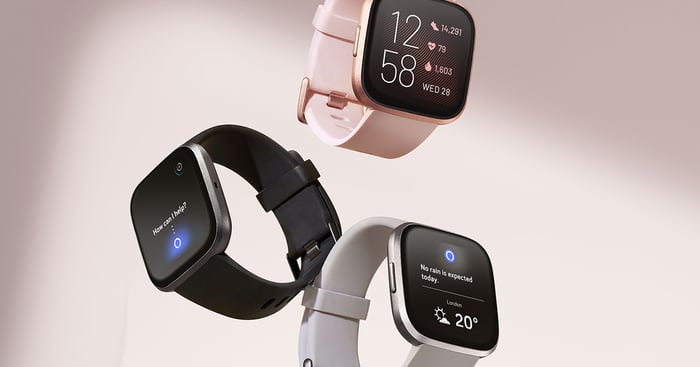 The numbers that prove the dilemma

According to tech researcher IDC, global shipments of wearable devices increased by double-digit percentages in 2019 -- close to doubling in Q3 when including shipments of earbuds and headphones. With a steady supply of new health trackers and smartwatches being released, not to mention its own headphones, that should have been great news for Fitbit, right?

Not exactly. Fitbit's devices sold on the year finally returned to year-over-year growth, coming in at 16 million units compared with 13.9 million in 2018. But average unit prices took a serious tumble because of competition and product mix, falling 17% to $87 per device for the year. That led to a full-year revenue decline of 5%, including a 12% drop during the holiday shopping quarter.

Not great, but not the end of the world, either. But Fitbit has been struggling with profitability, and that didn't change last year. Adjusted EBITDA (earnings before interest, tax, depreciation, and amortization) was negative $128 million in 2019. Cash, equivalents, and marketable securities decreased to $519 million at year end compared with $723 million at the end of 2018. Ouch.

Then there's the Health Solutions business, really the key to Fitbit becoming a viable company in the future. A pure device manufacturer faces a tough gig, and software-based services are key. But even that promising area was disappointing, since it grew just 17% to $95 million in 2019. That's just not going to cut it.

Fitbit said it won't be hosting anymore earnings calls or providing any guidance because of the pending merger with Google, but it's clear that the wearables maker needs some help. Cash burn is a real problem, and unless the world wants one fewer choice available when deciding on fitness devices, Fitbit needs Google. I expect regulators to put some stipulations on the takeover, somehow, to ease privacy concerns; but the sooner all parties can come to some understanding, the better for Fitbit -- and wearable-tech consumers.