The company admits it was guilty of fixing prices for a number of different products.

Novartis (NVS -0.65%) subsidiary Sandoz has plead guilty in its ongoing price-fixing case. The U.S. Justice Department, which has been investigating price-fixing schemes within the generic-drug industry, has ordered the company to pay a $195 million fine, the largest seen in an American antitrust case so far..

The pharmaceutical giant's subsidiary was accused of fixing prices for more than $500 million worth of generic drugs between 2013 and 2015. The Justice Department has been looking into the generic-drug sector for years, with Sandoz being the third generic-drug maker charged with an antitrust case so far as a result of the broader investigation. 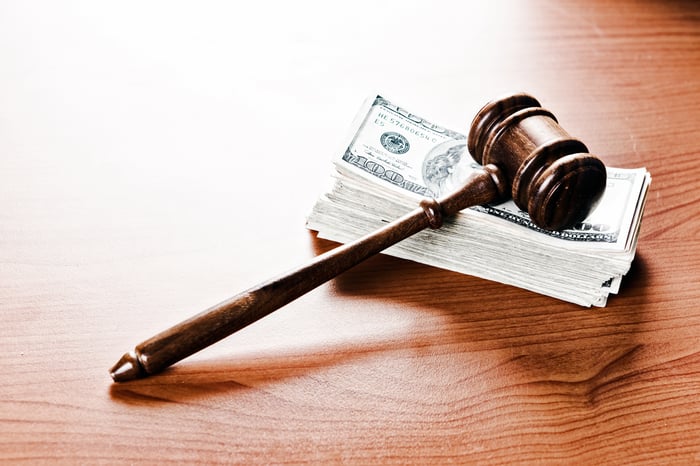 "Sandoz conspired for years with other manufacturers and their executives to raise prices for critical medications, and the Antitrust Division will continue its ongoing investigation to hold both individuals and corporations accountable," commented Makan Delrahim, head of the Justice Department's Antitrust Division.

Three separate executives with Sandoz have pleaded guilty to federal conspiracy charges involving price-fixing. The most recent involves Hector Armando Kellum, who pleaded guilty earlier in February and faces 10 years in prison alongside a $1 million fine.

Sandoz admitted that over $500 million worth of sales were affected by the price-fixing scheme, which includes products for high blood pressure, cystic fibrosis, and common skin conditions. To put it into perspective, Sandoz accounts for around $10 billion -- or 20% -- of Novartis' annual revenue.